Over 5,700 migrants and refugees sleeping rough at the port of Piraeus

Although the flow of refugees entering Greece via Turkey has greatly been reduced in the past few days, the situation at the port… 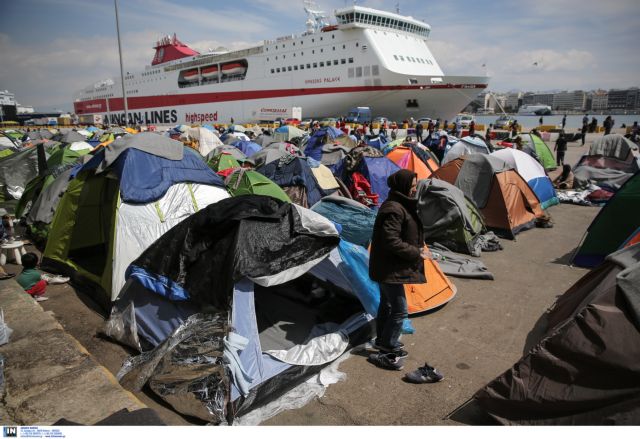 Although the flow of refugees entering Greece via Turkey has greatly been reduced in the past few days, the situation at the port of Piraeus is dramatic, as a total of 5,745 have set up camp. The Ariadne ferry boat arrived on Wednesday morning carrying just 15 refugees over from the island of Lesvos.

A meeting was held at the Ministry of Shipping on Tuesday with the Coast Guard officials, local government and bodies in order to discuss efforts to decongest the port of Piraeus. A number of migrants and refugees are expected to leave for the camp that has been set up at Eleonas.

About 1,300 may be transferred to a tourist resort in Kyllini, which is currently being converted, at the initiative of the local mayor. Plans are also being drafted for setting up an additional hospitality center at the Skaramangas area.

During the meeting it was also decided to hand out information to the migrants and refugees in Piraeus on how they should move from the port and procedures that must be followed, since the borders are effectively closed.