The Mayor of Andravida-Kyllini Nabil-Josef Morad, who is of Syrian origin, has announced plans to set up a refugee center at… 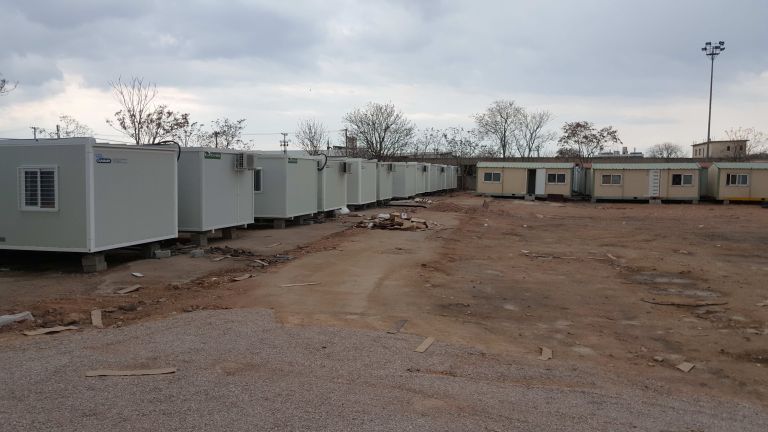 The Mayor of Andravida-Kyllini Nabil-Josef Morad, who is of Syrian origin, has announced plans to set up a refugee center at seaside resort in the coastal area of Myrsini, Ilia.

Restoration work is being carried out to repair damages on the 38 two-story buildings of the resort, which has remained closed for the past seven years. The resort is co-owned by the municipalities of Andravidia-Kyllini and Fyli.

Syrian families with children will be housed in the 19 buildings owned by the municipality of Andravida-Kyllini, while the State will overlook catering, healthcare and protection of the center.

A meeting has been arranged in Athens on Tuesday with the Alternate Minister of National Defense Dimitris Vitsas – who coordinates efforts in relation to the refugee crisis – in order to discuss the finer details of operating the refugee center.

According to the Mayor, the local municipal council has already approved the plans, with an overwhelming majority, provided that the resort houses Syrian families with children and does not become a major camp.

Should these conditions not be met, however, he estimated that major social problems would emerge and the council may be forced to repeal its decision. As such, he underlined the importance of informing the local community, since there are “extreme elements attempting to create a climate of fear and terror”.