Residents in Veria demonstrate against arriving migrants and refugees

The establishment of a camp at a military base near the village of Agia Varvara near Veria, to accommodate… 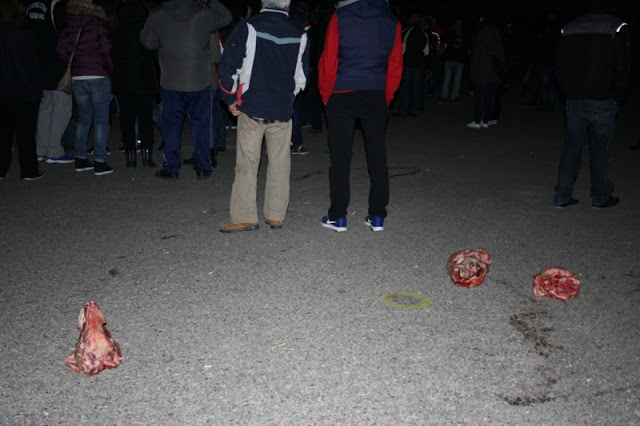 The establishment of a camp at a military base near the village of Agia Varvara near Veria, to accommodate refugees leaving Idomeni, has caused major reactions from local residents.

Upon arrival of buses from Idomeni at the camp, a group of protests demonstrated about 100 meters from the entrance. After blocking them for about 15 minutes, the protesters allowed the buses to enter the camp, however at the point pig heads were thrown in front of the camp entrance.

Prior to the incident, the arrival of SYRIZA MP Giorgos Oursounidis, elected in Imathia, also prompted strong reactions from the local residents. Upon noticing him angry protesters approached him and the MP was forced to hide in a police van. The MP attempted to get off the van and talk with the demonstrators, but the police had to intervene.

A total of 8 buses with refugees left from Idomeni on Friday, with 6 headed for Imathia and 2 for Pieria. As of Saturday morning the UNHCR in Idomeni has been providing information on how to reach a temporary accommodation center. Over 600 refugees have reportedly show interest and signed up.

With conditions in the camp that has been set up near the northern Greek town of Idomeni worsening, many of the migrants and refugees – primarily families with children – are expected to seek shelter elsewhere.

The recent controversial agreement between the European Union and Turkey has resulted in the border crossing into FYROM having shut down. This has resulted in over 50,000 migrants and refugees being stranded in Greece, who aimed to reach central, western and northern European countries via the Balkans.