The celebrations for the Day of Independence concluded with the military parade in Athens. The Armed Forces… 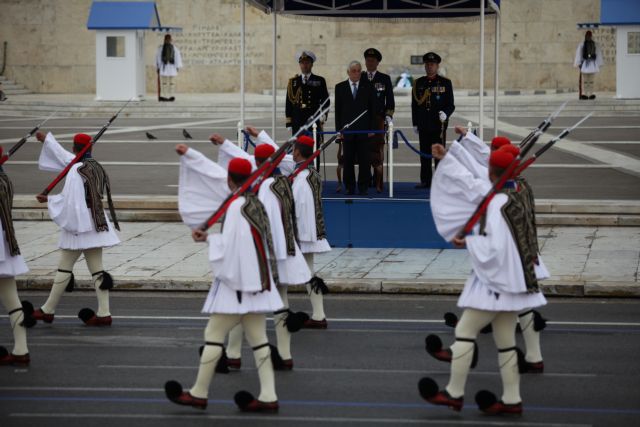 The celebrations for the Day of Independence concluded with the military parade in Athens. The Armed Forces paraded in the city center before the President of the Hellenic Republic Prokopis Pavlopoulos.

The government was represented by the Minister of National Defense Panos Kammenos. Also present at the parade were the government Vice President Yannis Dragasakis, the President of Parliament Nikos Voutsis, the leader of the main opposition Kyriakos Mitsotakis, the president of the Union of Centrists Vasilis Leventis, the District Governor of Attica Rena Dourou and military attaches.

The Prime Minister Alexis Tsipras did not attend the military parade, however he posted a message on Twitter earlier on: “The Greek Revolution, the fruit of the Enlightenment, carrier of the modern values of freedom and justice, always inspires us”.