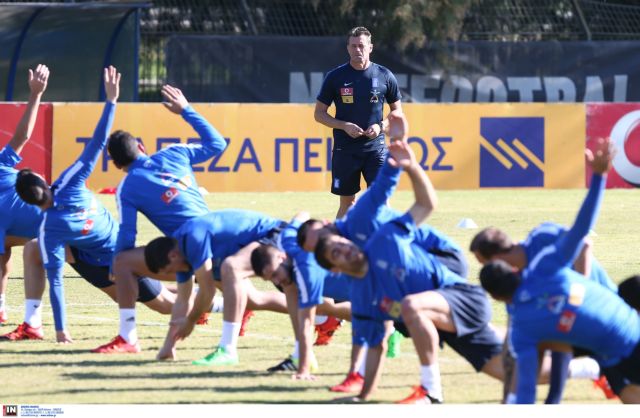 The Greek national football team is scheduled to face the national team of Montenegro at 8pm on Thursday in a friendly match at the Karaiskakis Stadium in Piraeus. Although Greece will not participate in this summer’s Euro competition in France coach Michael Skibbe wants to prepare the Greek team for the 2018 World Cup qualifiers.

As such he will test out a number of new players alongside veterans. The latest rumors suggest a 3-5-2 formation, with Orestis Karnezis under the goal posts, Sokratis Papastathopoulos, Dimitris Siovas and Kostas Manolas in defence, Vasilis Torosidis, Andreas Samaris, Thanos Petsos, Petros Mandalos and Giorgos Tzavellas in midfield and Kostas Fortounis with Kostas Mitroglou up front.

Friendlies have also be arranged with Iceland (29th of March) in Piraeus, followed by two games against Australia on the 4th and 7th of June in Sydney and Melbourne respectively. Greece will then play against Russia on the 6th of September, before the World Cup qualifiers begin in October.