The third prior actions bill passed through Parliament on Thursday evening with the support of 153 MPs, after the parties from… 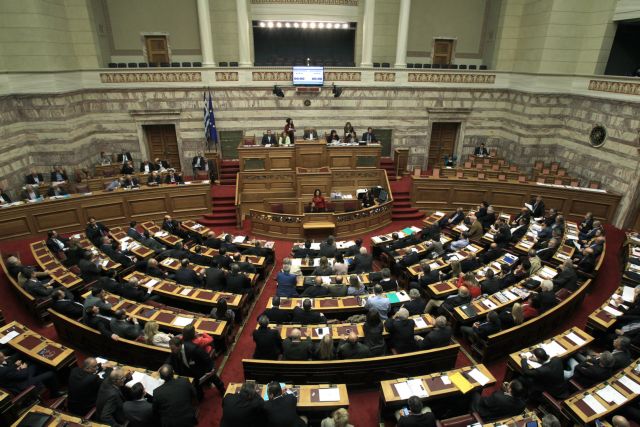 The third prior actions bill passed through Parliament on Thursday evening with the support of 153 MPs, after the parties from the coalition government expelled two MPs from their parliamentary groups – Stathis Panagoulis from SYRIZA and Nikos Nikolopoulos from the Independent Greeks.

The expulsion of the two MPs came after the sudden resignation of Gabriel Sakellaridis from his position as MP, over his reluctance to support the austerity measures included in the latest bill. This development has left the coalition government weaker and in difficult situation, given that further measures must go through Parliament, such as the much-debated and necessary pension system reform.

The debate in Parliament began at about 10:00 on Thursday morning and concluded shortly after 19:30 in the evening. As expected, the tension was high in Parliament, with the opposition parties pressing the government on the provisions related to ‘red loans’ and protection from primary residence auctions.

The government decision to introduce a 40-cent per liter tax on wine caused major uproar in Parliament, both amongst the opposition parties as well as coalition government parties. As such, the Alternate Minister of Finances Tryfon Alexiadis announced that a revision was being planned. As a result, the coalition government decided to halve the tax, from 40 to 20 cents per liter. Mr. Alexiadis added that the tax will only apply to wine for domestic consumption and not wine for export.