Parliamentary discussion on omnibus bill with prior actions continues (live)

The discussion in Parliament over the omnibus bill with prior actions, which are necessary in order to unlock further bailout… 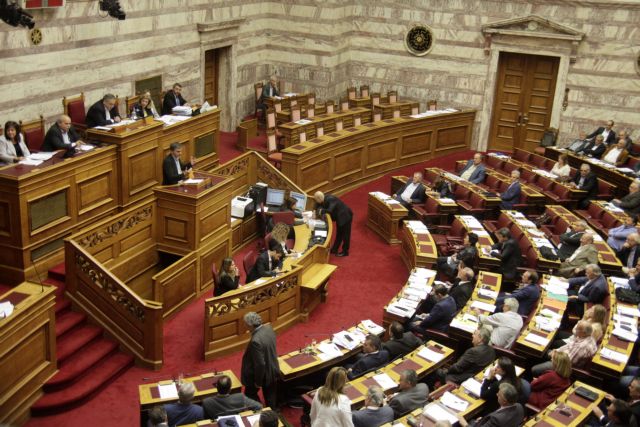 The discussion in Parliament over the omnibus bill with prior actions, which are necessary in order to unlock further bailout funding, will continue on Friday, with a vote scheduled for later in the evening.

Earlier on Thursday the discussion was briefly suspended due to a provocative attack by Golden Dawn MP Yannis Lagos. The MP for the neo-Nazi party accused the MPs of the Communist Party of being “pawns of the system”. The KKE MPs complained, while the neo-Nazi party MPs yelled from their seats.

SYRIZA’s Spyridon Papadopoulos argued that the measures were harsh, but at the same he highlight that there were also radical proposals with a social outlook. On the other hand, New Democracy’s Nikos Panagiotopoulos spoke of a Sisyphean effort and that his part had warned the government of pursuing a wrong tactic.

Watch the discussion in Parliament (live)