Tsipras to receive mandate to form government on Monday afternoon 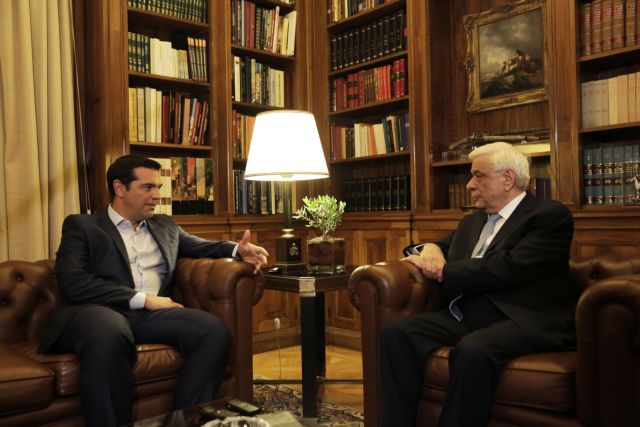 The President of the Hellenic Republic Prokopis Pavlopoulos will give SYRIZA leader Alexis Tsipras a mandate to form a government at 3pm on Monday, who will be sworn in as Prime Minister later in the day. Should Mr. Tsipras have already decided upon the members of his cabinet, To Vima has been informed that the oath-taking ceremony of the new government will take place on Tuesday morning.

On his way out from the President’s office, caretaker Interior Minister Antonis Manitakis told journalists that he briefed the President on Sunday’s elections and thanked him for the trust he showed him. When asked whether the outgoing President of Parliament Zoi Konstantopoulou will visit Mr. Pavlopoulos, he responded that he was not qualified to answer. He also stated that he will continue to serve the country, but not from a ministerial post.