Kouvelis urges voters to support SYRIZA in the upcoming elections

The former leader of the Democratic Left Fotis Kouvelis urged voters to support SYRIZA in the upcoming elections, in order to… 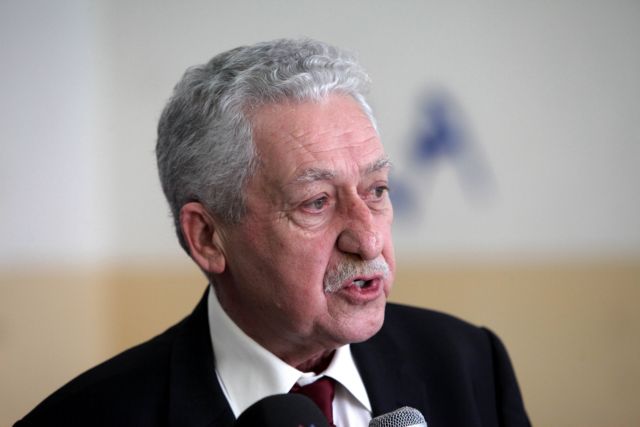 The former leader of the Democratic Left Fotis Kouvelis urged voters to support SYRIZA in the upcoming elections, in order to demonstrate that the left can govern, in a radio interview on the Parapolitika station.

Mr. Kouvelis argued that he will contribute towards establishing a progressive government so that Greece may finally escape the vicious cycle of he crisis. Mr. Kouvelis added that SYRIZA must prove that it can govern and is capable of governing with social awareness, realism and responsibility. As such, he called everyone to set aside their personal goals and strategies.

When asked whether he will participate in the upcoming elections as a SYRIZA candidate, Mr. Kouvelis responded that he has not received any such offers and as could not further comment. He was quick to add though that his political beliefs do not depend on whether he is SYRIZA candidate.

In concluding his interview, Mr. Kouvelis estimated that the formation of the Popular Union will deprive SYRIZA of some votes, while accusing the “old system” (which includes, in his opinion, New Democracy, PASOK and the River) for the dramatic situation in Greece.