Stratoulis: “The painful compromises will not go through”

The Alternate Minister of Social Insurance Dimitris Stratoulis lashed out against Greece’s creditors and partners, warning that… 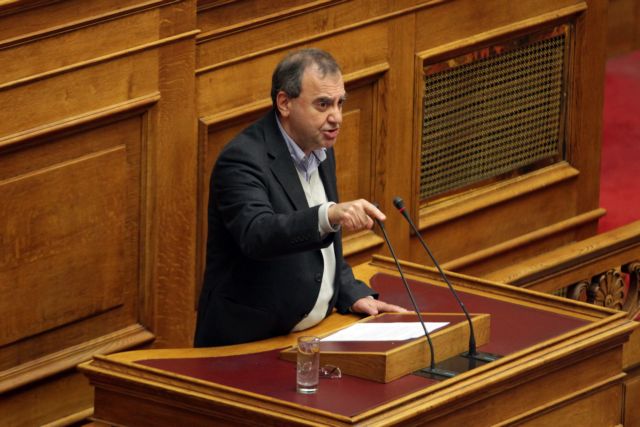 The Alternate Minister of Social Insurance Dimitris Stratoulis lashed out against Greece’s creditors and partners, warning that “there is no chance of painful compromises going through”. Mr. Stratoulis, who is also a prominent member of SYRIZA’s “Left Wave”, spoke to Mega Channel on Wednesday and provided assurances that there would be no further pension cuts, underlining the government’s “red lines”.

According to the Alt. Minister, the government will aim to come to an agreement with its creditors and aptners over the next few days, at the Prime Minister’s initiative. He also accused the institutions’ technical teams in Athens “obsessive” and focused on completing the fifth review of the Greek bailout program.

“What do they want? To crush us like worms? To run out of cash? Is this a political tactic towards a country that is meant to be an equal EU member, or are they setting traps? Do they want to strangle us? These are not [acceptable] practices towards a free and independent country” he stressed and added that “the difference is political and will be solved politically at the Eurozone’s central bodies, even at a summit, if need be”.