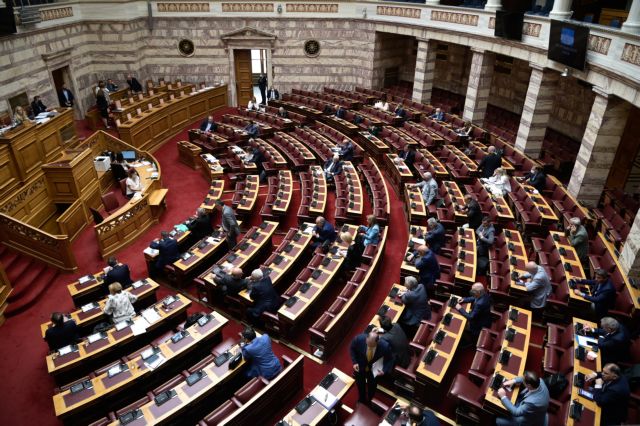 Thankfully, despite the many difficulties and challenges of this period, the Greek economy continues to perform well and is moving dynamically to attract more investments.

The common consensus is that the world is more unstable than it has ever been in the post-war era, and that it is full of dangers, threats, uncertainties, and unforeseeable events.

The whole planet is at the cusp of a new, as yet unshaped era, and for that reason it is totally contradictory.

The Russo-Ukrainian war, despite the fact that it is exhausting the two sides, is still raging and is having a catalytic impact on Europe and the rest of the world, pressuring economies and societies.

Europe, in particular, divided and burdened with difficulties, is confronted with an unprecedented crisis that can threaten its economic prosperity and future.

The war and its accompanying crises are testing the endurance of governments, which are obliged to manage galloping inflation, the decline in citizens’ income, growing inequalities, and a host of unfulfilled expectations that fuel social tensions.

Moreover, the dragging out of the war encourages authoritarian leaders who raise arrogant ahistorical claims and are prepared to sacrifice peace for a trivial reason.

Meanwhile, the prevailing geopolitical instability and the generalised senses of a redistribution of the world and its wealth are aggravating competitions and multiplying tensions internationally.

There is a surplus of hostility between the powerful players of the planet that has reached Cold War levels.

US-Russia and US-China relations are at a nadir and everything confirms that the world is at the verge of pre-manufactured conflicts and unique geopolitical shifts.

The example of the FIFA World Cup Qatar 2022 offers the measure of this transitional and totally contradictory period.

A country with 300,000 natives and three million poor migrants with absolutely no football tradition is hosting the richest and most wasteful international organisation of the World Cup, in an environment of geopolitical and economic instability.

Funded by the current, unprecedented transfer of wealth from energy-consuming economies to energy-producing ones. Qatar is spending $200mn to host the World Cup 2022, more than the sum total of all previous ones combined.

Greece lies in the region of this evolving geopolitical restructuring.

At a critical and transitional period for its economy, it is directly impacted by the war in Ukraine. It is harmed by Europe’s reluctance to adopt a really serious natural gas price cap, and it is forced to multiply defence spending in order to confront neighbouring Turkey’s leadership, which believes the time has come to revive its neo-Ottoman dreams and to dominate the Balkans, the Black Sea, and the Southeast Mediterranean regions.

Greece, its political leadership, and its people are thus confronted by particularly demanding conditions

Thankfully, despite the many difficulties and challenges of this period, the Greek economy continues to perform well and is moving dynamically to attract more investments and opportunities for progress.

This is the big picture of the current period.

It is unfortunate that the picture of domestic politics is a far cry from the demands of this tumultuous and dangerous era.

The government faces insufferable pressure as a result of the sinful surveillance network that developed within its ranks, and it has a duty to clean things up before the two successive general elections that are to be held within the coming months.

The opposition does not appear ready and able to offer the alternative solution that many would like to have.

It is impermissible, however, for the country to slide into an environment of political instability, without a stable government in these absolutely unstable geopolitical conditions.

The solution will come from the sovereign Greek people at the ballot box in the forthcoming elections, which, however, cannot be very much delayed.