Delphi Forum- EBRD President: “For us Greece is a success story” 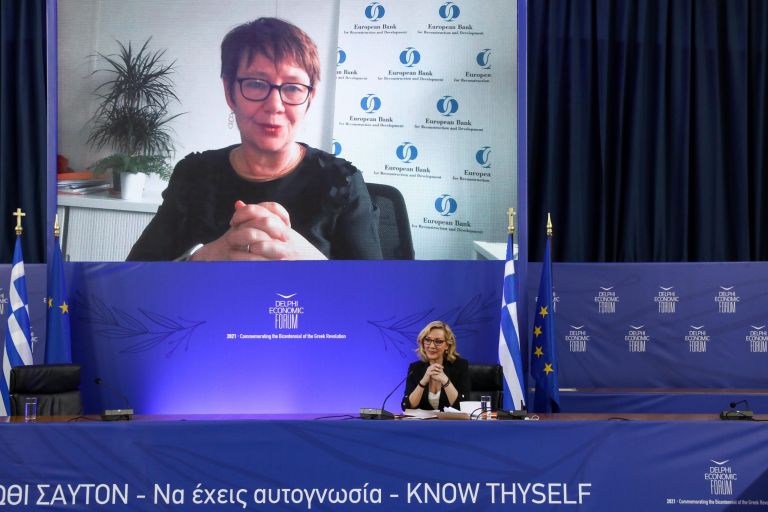 She underscored the change of agenda in Greece in the field of climate change, one of the main priorities of the European Union

The European Bank for Reconstruction and Development (EBRD) is focusing on “green transition”, starting in Eastern Europe and gradually moving to Turkey and other Mediterranean countries, said Odile Renaud-Basso, President of the Bank. 6th Delphi Economic Forum, which is under the auspices of the President of the Republic, Katerina Sakellaropoulou.

Speaking to journalist Maria Nikoltsiou, she noted that the EBRD was also called upon to assist Greece in the economic crisis, supporting the private sector. “We are pleased to see the improvements in Greece and the emerging companies that are being created,” said Ms. Basso, emphasizing the change of agenda in Greece in the field of climate change, one of the key priorities of the European Union.

“For us, Greece is a success story,” she said, referring to the effects of the pandemic on the economies of all countries.

The EBRD president noted that now that countries are gradually beginning to recover, this is a great opportunity to do so on a new foundation with an emphasis on “green” policies.

“The crisis has intensified social inequalities at work and it is our priority to support young people and focus on the people who have been hardest hit,” Basso said. She emphasized the need to focus on women, and said that it was even more important now with the end of the crisis. society united.

In closing, she emphasized the support of the EBRD in start-ups and in Greece, stating that this is the best way to help those in need.