‘The summit «is a significant meeting for Greek-Turkish relations and beyond, for all foreign relations the EU has,’ said Greek government spokesman Stelios Petsas. 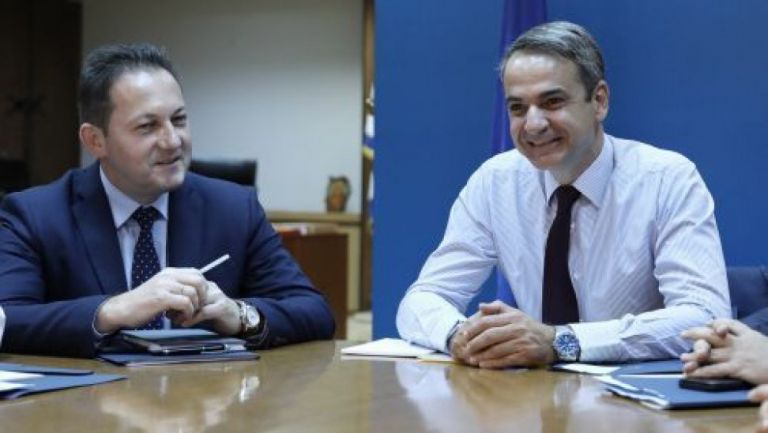 The summit meeting on October 1 and 2 – originally scheduled for September 24 and 25 – is focusing om foreign affairs, in particular relations with Turkey and the situation in the Eastern Mediterranean.

The leaders were also expected to address relations with China, the situation in Belarus and the poisoning of Alexei Navalny. The single market, industrial policy and digital transformation were also on the agenda.

The summit «is a significant meeting for Greek-Turkish relations and beyond, for all foreign relations the EU has,» Petsas told state-run ERT1 television.

«Especially on this issue, which is about what direction Turkey is taking – apparentlyaway from the West -, the basic document [draft conclusions of the summit] proposed as an initial base of discussion is not acceptable by Greece,» he noted, «because it is not balanced.»

«What is needed is to build a plan of conclusions that will include at least four pillars: Palpable solidarity with Greece and Cyprus in the face Turkish aggression, calling on Turkey to immediately cease every illegal drilling activity in Cyprus’ EEZ and to end all provocative action in the Eastern Mediterranean. Once Turkey complies along with a  with a commitment to de-escalation, we should provide all help possible to Turkey in this framework. Lastly, if Turkey does not show any intention to de-escalate, then more forceful measures are needed.»

Petsas said that this framework can provide a basis for a plan of action that will be acceptable by all. He added that  the last two points as «the carrot and the stick».

Petsas saif the summit  should «provide a result that will express the EU’s unity before a partner like Turkey – naturally an important partner – who can contribute several positive elements but must stop being provocative either with actions or with its rhetoric.»

He appeared confident that the European Council would be able to provide a decisive result tonight.