In a boost for the government, Eurogroup chief Mario Centeno said today that the pension cuts are not a structural reform [as the IMF maintains], but rather a revenue-raising measure. 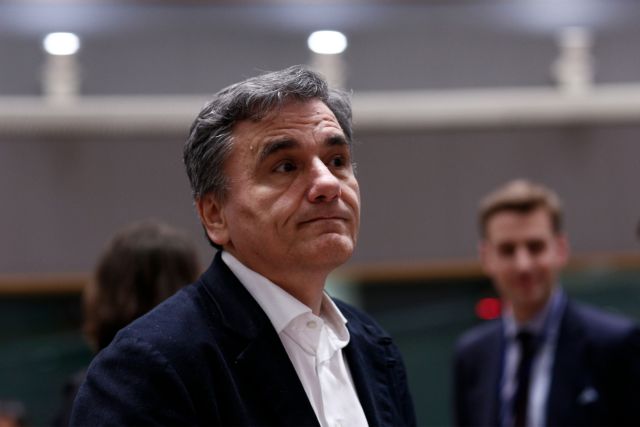 The finance ministry has said in a statement that the 2019 state budget will not provide for the pension cuts that the government has agreed to with creditors, and passed into law.

At the same time, it said that planned social benefits that the government had planned in order to counter-balance austerity measures will not be included in the 2019 budget.

The only countervailing social measure that will be maintained is a family benefit that has been disbursed since 1 January, 2018.

In a boost for the government, Eurogroup chief Mario Centeno said today that the pension cuts are not a structural reform [as the IMF maintains], but rather a revenue-raising measure.

European Stability Mechanism (ESM) chief Klaus Regling, however, indicated that the institutions responsible for the surveillance of the Greek economy will have the last word.

“According to the assessments in the Draft State Budget, both the described measures of fiscal expansion and non-implementation of pension and offset measures are fully in compliance with the country’s fiscal target, as presented in the Medium-Term Fiscal Strategy Framework for 2019-2022,” the finance ministry said.

“The precise quantification of fiscal interventions that the government plans to carry out will be finalised in the process of reviewing EU member-states’ budgets, in the framework of the European Semester,” the statement noted, referring to EU’s established budget review process.

Earlier, government spokesman Dimitris Tzanakopoulos had told political correspondents that the draft budget will reflect the current fiscal environment and the government’s intention to proceed with fiscal interventions that will avert pension cuts.

“We have already stated clearly that the pension cuts are not necessary in order to reach the primary surplus target of 3.5 percent, on condition that not all planned social benefits will be implemented,” Tzanakopoulos said.