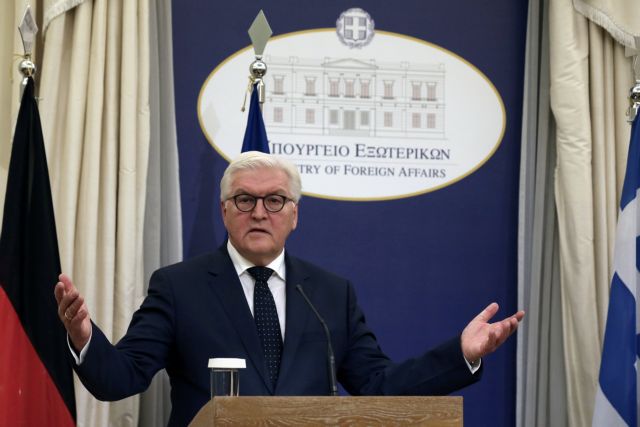 Prime Minister Alexis Tsipras will meet with Germany’s Minister of Foreign Affairs Frank-Walter Steinmeier at noon on Monday. The German official will later meet with the leader of the main opposition Kyriakos Mitsotakis.

During his recent meeting with the President of the Hellenic Republic Prokopis Pavlopoulos, the head of German diplomacy underlined that the Treaty of Lausanne is “indisputable”, in response to recent controversial and aggressive statements from Turkey.

Regarding Cyprus, the German official estimated that the two sides were closer than ever to reaching an agreement and explained that resolving the dispute will be a positive sign for the whole of Europe.