Investigation launched into cause of lethal fast food explosion 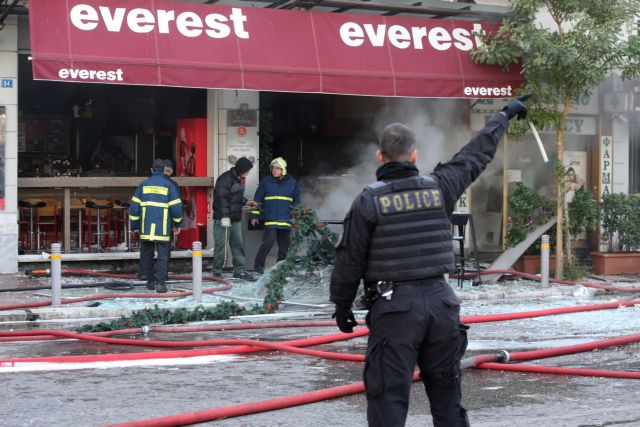 The lethal explosion on Thursday morning in the basement of a fast food chain in the center of Athens is being investigated. The 38-year-old victim and mother of two – Vasiliki Parastatidou – was tragically killed, while five others were injured from the blast.

The Labor Inspectorate is investigating how the victim ended up in the basement. Mrs. Parastatidou worked for the fast-food chain as an accountant. Experts indicate that there are no provisions for the operation of accounting offices in basements.

Prior to the explosion a technician was carrying out maintenance work in the basement of the store. Fire Brigade officials believe that the likeliest case is that the explosion was caused by a gas leak. The store did not use natural gas or propane tanks and the technician was operating near the refrigerators, suggesting that a Freon link may have been the cause.

A fire appears to have broken out moments before the explosion, with witness reports noting that the technician came running out of the basement and urging everyone to leave. It remains to be determined whether the technician was aware of the 38-year-old victim being in the basement at the time.