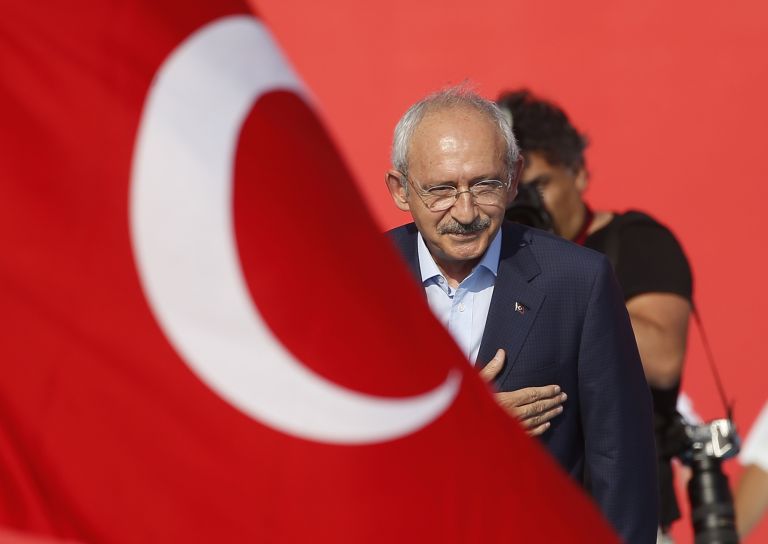 Following recent inflammatory statements by Turkish President Erdogan on the Treaty of Lausanne and Cyprus, the country’s main opposition leader disputed Greece’s sovereignty over 18 islets in the Aegean Sea.

The head of the CHP party Kemal Kilicdaroglu once again claimed that Greece does not have sovereignty over these islets. The main opposition leader told Prime Minister Binali Yildirim these islands belong to Turkey, but a Greek flag is raised above them, before asking him why he is not “intervening”.