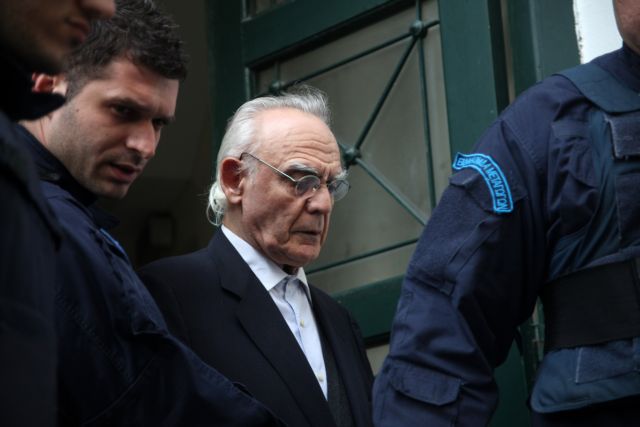 The Felony Appeals Court in Athens has rejected the application for release from prison by the former Minister of National Defense Akis Tsohatzopoulos.

After hearing the convicted former Minister, the court’s five judges were in agreement with the prosecution and rejected the application on health grounds, arguing that these issues may be addressed within prison.

The prosecutor estimated that if released from prison, it was likely that Tsohatzopoulos may attempt to launder money. The disgraced former Minister appeared in court and thanked the judges for taking the time to hear him out and claimed that he had “reached his limits”.

Kefalonia: Collision between a sailboat and a fishing boat
Ακολουθήστε