Major tension and violent clashes between Afghan and Syrians

The climate in Idomeni, Chios and Piraeus is tense, as clashes between refugees are escalating on a daily basis. Aside from… 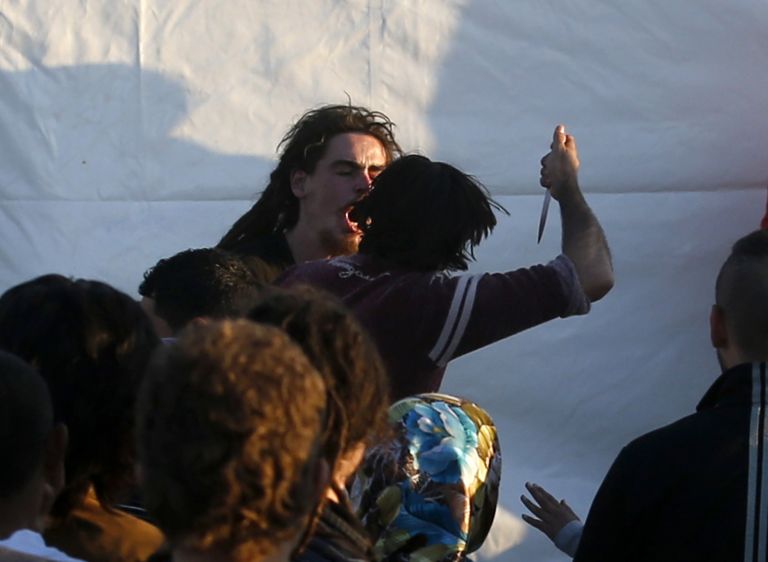 The climate in Idomeni, Chios and Piraeus is tense, as clashes between refugees are escalating on a daily basis. Aside from the violent clashes around the port of Piraeus on Wednesday evening, altercations were also documented in Idomeni.

One photograph taken in Idomeni shows two men fighting, with one brandishing a knife. Although the confrontation ended quickly and nobody was injured, the shocking picture suggests that the makeshift camps are powder kegs.

Clashes between Syrian and Afghan refugees were also documented early on Friday morning at the hot spot at Chalkio on Chios. A local news portal reported that knives were drawn and that two people involved in the clashes had to be hospitalized with serious injuries.

The Alternate Minister of National Defense Dimitris Vitsas has underlined that the government aims to ‘decongest’ Piraeus and Idomeni within the next 15 days. In a radio interview for ERT, Mr. Vitsas explained that the refugees must be convinced to move and explained that the informal camps will gradually be evacuated.

In a Tweet on Thursday, Prime Minister Alexis Tsipras also underlined the need to convince the refugees who have gathered at Idomeni and Piraeus to trust the local authorities and move the hospitality centers.