Critical bill on migration to be tabled in Parliament on Friday

The coalition government’s migration bill, which was approved by the committees on Thursday and will be tabled in Parliament… 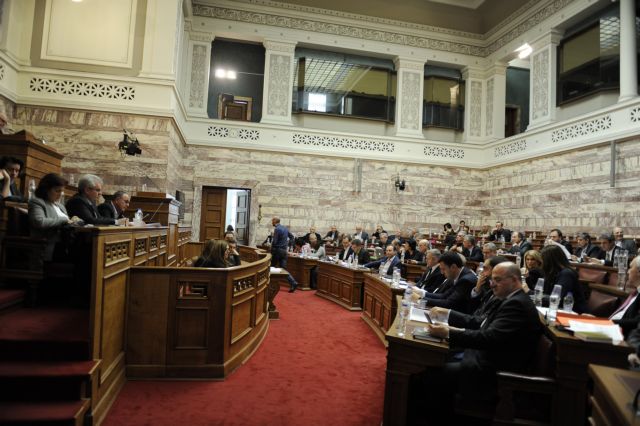 The coalition government’s migration bill, which was approved by the committees on Thursday and will be tabled in Parliament on Friday, has prompted major reactions from the opposition parties, primarily over the fast-track procedures used.

The bill, which was supported by SYRIZA, the Independent Greeks and the River, incorporates EU legislation on asylum and recent EU-Turkey agreement. It also introduces provisions for the registration of refugees, which will allow them to find work and qualify for international protection.

The Alternate Minister of National Defense Dimitris Vitsas defended the process and explained that a similar bill should have been introduced as early as 2013.

On the contrary, the opposition parties argued that the government had enough time to prepare and introduce the bill. New Democracy MP Vasilis Kikilias commented that it was “doubtful” whether any will have time to read the bill’s 150 pages and 56 regulatory acts, which have yet to be publicized.

The Democratic Alignment’s Andreas Loverdos blasted the government over the regulatory acts, with the Alternate Minister of Migration Policy Yannis Mouzalas responding that until they are introduced, the old ones will remain in force.

Meanwhile KKE MP Diamando Manolakou accused the government of introducing a “monstrosity that breaches international law and the Geneva Conventions on refugees”. The Union of Centrists MP Giorgos Karras underlined that since there is time to discuss and vote the bill, his party will not give its consent. The neo-Nazi party Golden Dawn, as expected, also opposed the bill.

Only the River supported the bill, with MP Yannis Fotilas commenting that there are no guarantees that the EU-Turkey agreement will even be implemented in the first place. He also warned the government to assume responsibilities and take action to avoid any further problems, such as the recent violent clashes between refugees in Piraeus.