The Norman Atlantic will be arriving in the port of Brindisi today, where it will be thoroughly search in order to find any of the… 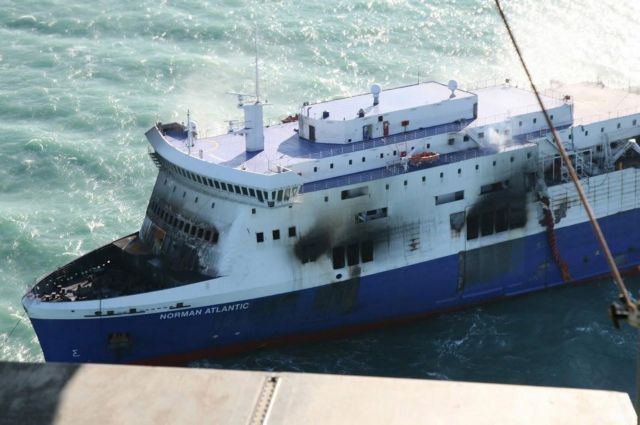 The Norman Atlantic will be arriving in the port of Brindisi today, where it will be thoroughly search in order to find any of the passengers who are still missing and to determine how the fatal blaze started in the ship’s car hold. The relatives of the first man who was reported to have died – Giorgos Doulis – were informed on New Year’s Eve that he was now considered missing.

As such the number of dead Greek citizens has been reduced to ten, with a further ten still missing. This development has frustrated Greek authorities, as their Italian counterparts simply attributed this error to a “mistake”, causing unnecessary emotional anguish to families. The Minister of Shipping Miltiadis Varvitsiotis hard ordered the coastal authorities to provide any help they can provide to the relatives of the Norman Atlantic passengers in their travel or accommodation needs.

Meanwhile, the 26 Greek crew members of the Norman Atlantic arrived in Greece on New Year’s Day in Patra. The ship’s chamberlain A. Damigos told journalists that the crew did everything humanly possible to help the passengers and argued that the ship did not have an excessive list. He also attributed the discrepancy in number of passengers between Greek and Italian authorities to “anagrams” in Italy.