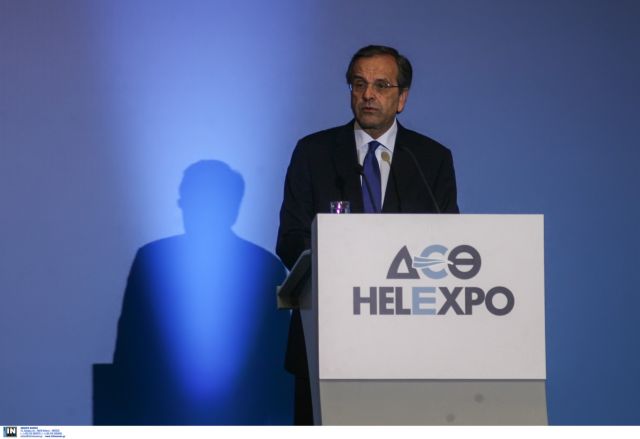 The Prime Minister Antonis Samaras delivered a speech at the 79th International Fair in Thessaloniki where he made promises of gradual tax cuts, designed to preserve the primary surpluses and lashed out against the opposition.

Mr. Samaras claimed that the controversial consumption tax on heating oil would be reduced by 30% and that the ENFIA real estate tax would also be revised. The PM also argued that the draft for the 2015 budget would include reduction in the solidarity contribution and promised to increase the number of installments for debts towards the tax services and insurance funds.

Regarding the ENFIA tax, which has proven to be highly controversial, Mr. Samaras stated that those who were tasked with designing it would be held accountable. The recognition of the serious error in design came after the current Minister of Finances Gikas Hardouvelis had refused to assume responsibility for a tax that he had not created.

In an effort to increase his popularity, the Prime Minister promised to restore the wages of uniformed officers, in compliance with the Supreme Court decisions, to the extent that this is possible. Mr. Samaras defended the upcoming reforms, stressing that privatizations and investments will soon take place.

The Prime Minister took the opportunity to lash out against main opposition party, accusing SYRIZA of jeopardizing the political and financial stability by threatening to force early elections on occasion of the upcoming Presidential elections. Mr. Samaras accused the opposition of toying with the Constitution and boldly proclaimed that the country is about to “take off” and that “the era of bailouts is coming to an end”.

The New York Times have reported on Prime Minister Antonis Samaras’ measures, warning that they “have not been approved Greece’s troika of international creditors”. The American newspaper explains that the troika inspectors will return to Athens later in September for the next review, where Mr. Samaras’ measures will be considered.

The NYT report stresses that the troika may accept Mr. Samaras’ measures if the government can demonstrate alternative measures and cuts to offset the lost revenue. Furthermore, the newspaper explains that discussions for debt relief will begin after Greece has proven that it can maintain primary surpluses.