SYRIZA warns of “bail out number 4” 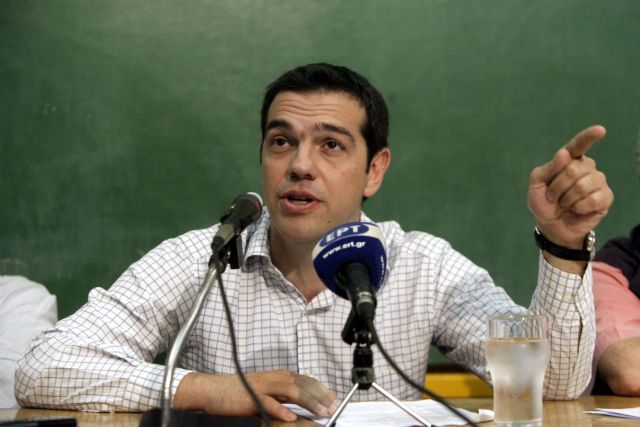 A day after the IMF announced that it had made errors in its estimations and predictions regarding the first IMF/EU/ECB-sponsored rescue plan for Greece and SYRIZA has warned that a fourth “rescue plan” is looming.

The opposition party claims that the IMF report wholly contradicts Prime Minister Antonis Samaras’ optimistic dialectic of a “success story”. Party member Giorgos Milios explained that the IMF report reveals how “Greece was essentially used as a guinea pig in the application of the same reactionary politics in all EU countries”.

SYRIZA focuses on the official observation that the debt will not be viable due to a 4.6 billion euro funding deficit for 2014 and 11.6 billion until 2016 and stresses over the August 2013 deadline for arranging new measures.

Mr. Milios explained that “the IMF demonstrates the usual obsessive insistence and real intention of the rescue plans and is now calling the government to implement the program, despite the fact that it is based on ‘false data’”.

Alexis Tsipras and his associates want to take advantage of the shift of focus from the internal affairs of SYRIZA, to its role as opposition leader, as the party’s July convention approaches. Synaspismos’ Central Political Committee will convene on Sunday to discuss its plan of action.

Earlier in the day Mr. Tsipras will participate in the Alter Summit of the European Left party that is taking place in Athens. The head of the party in European Parliament Gabrielle Zimmer had informally proposed Mr. Tsipras as the European Left candidate for the European Commission presidency. While senior SYRIZA officers appear reserved on the subject, they estimate that a Tsipras nomination could have a significant impact on the European election.