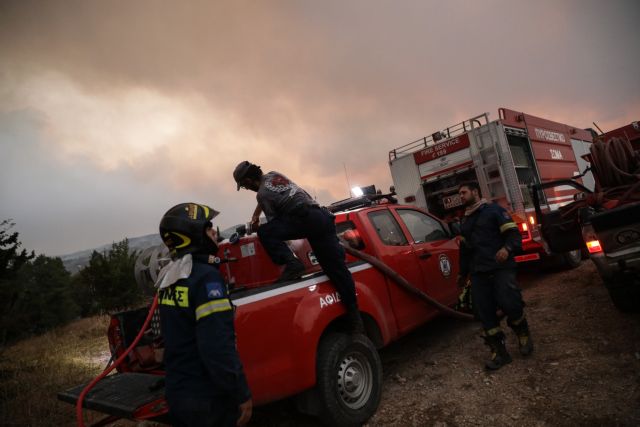 The front of the fire that broke out in Agios Thomas of the Municipality of Gortyna, in Heraklion, is in recession. The fire brigade fought an overnight battle with the fires and according to the Coordination of the Regional Directorate of the Crete Police, the fire is expected to be controlled soon.

Sixteen vehicles with 60 men and four infantry divisions are at the front of the fire, while several residents of the area are also fighting. The fire burns on an inaccessible slope without posing a danger to houses and sheepfolds located in the area. So far, dozens of acres of agricultural, forest and grassland have been destroyed by the flames.