Russia has so far kept a stance of equal distances between Ankara and Nicosia. 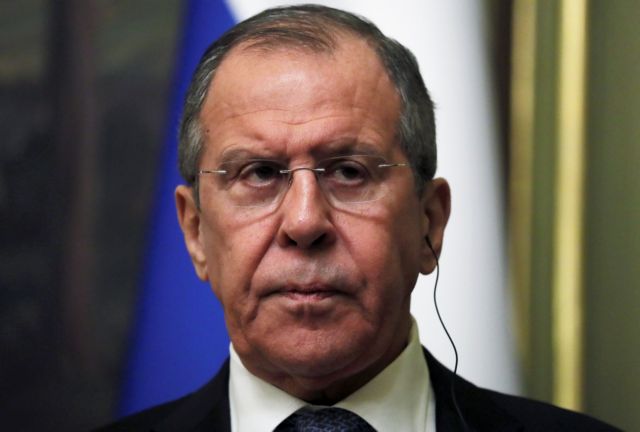 With tensions between Turkey on the one hand and Cyprus, Greece, Israel, and the US growing steadily, it was announced in Nicosia that Russian Foreign Minister Sergey Lavrov is expected to visit the island at an undetermined time, even as Moscow’s Ambassador to Athens Andrey Maslov expressed fears over the escalation of tensions in the Eastern Mediterranean.

Russia has so far kept a stance of equal distances between Ankara and Nicosia.

“We think that during this difficult time in this region any step that undermines the potential for negotiations must be avoided,” Russian Ambassador to Nicosia Stanislav Osadchiy said, adding that it is in Cyprus’ interest that Moscow has close ties with both Ankara and Nicosia. He said that Moscow conveys messages to Ankara when the Republic of Cyprus requests that.

“We really believe that all differences can be resolved at the negotiating table. We support this and hope something is done as soon as possible that would lead to a solution of the Cyprus problem,” Osadchiy said.

Effectively, Moscow is tacitly acquiescing to Ankara’s direct violation of the sovereignty of the Republic of Cyprus.

Osadchiy said that Lavrov is in close touch with his Cypriot counterpart, Nikos Christodoulides.

Ankara started gas drilling in the Republic of Cyprus’ Exclusive Economic Zone on 3 May but Moscow has not directly taken a stand on this particular violation of international law.

“In line with our established approach, fully composed, we will not be dragged into actions that lead to tension in the region,” Angelides said.

Angelides said that Cyprus and Greece are recognised in the international community as pillars of stability and credibility in the region and that as EU member-states they are working tighten relations between Europe and the Middle East,” Angelides said, apparently alluding to ties with Israel and Egypt.

Though Moscow has for decades supported Cyprus in the UN Security Council ,  its relations with Turkey have become extremely close over the last few years, especially after the abortive coup July, 2016, coup against RecepTayyip Erdogan.

That is due both to geopolitical reasons (with Ankara distancing itself from the US and turning to the East) and to joint economic and military reasons, epitomised by the order of four super-advanced Russian S-400 Russian missile systems, with a $2.5bn price tag, which are expected to be delivered in July.

The purchase has triggered a huge crisis with Washington, which in turn is strongly backing the strategic cooperation between Cyprus, Israel and Greece as the commanding force in the Eastern Mediterranean.

Russian Ambassador to Athens Andrey Maslov in an interview with ERT Greek state television expressed “concern” over the escalation of tensions in the Eastern Mediterranean.

He said that any action must be in accord with international law and that the parties must not take action that will lead to further tensions in the Eastern Mediterranean and that will impede a resolution of the Cyprus problem, which is to say re-unification talks.