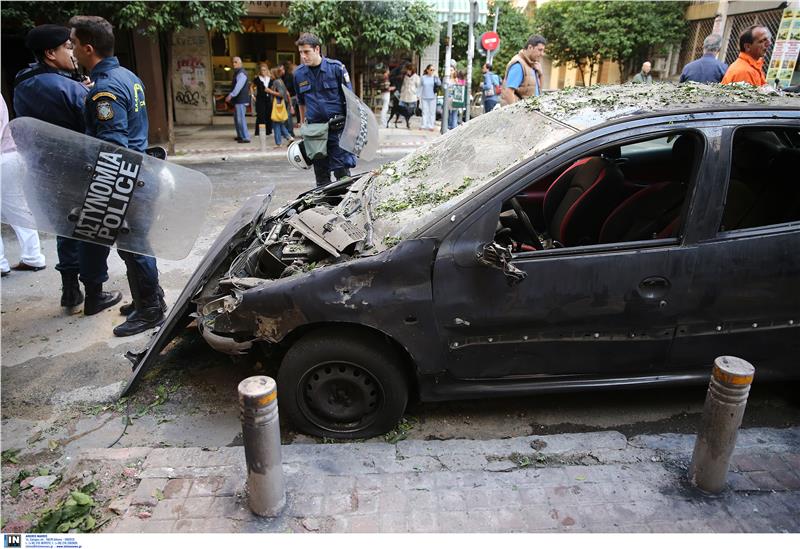 The militant Conspiracy of Fire Cells (SPF) group has assumed responsibility for the bomb attack in Exarchia on Wednesday evening. In a statement uploaded on the Athens Indymedia site, the group explains that it targeted the prosecutor Georgia Tsatani.

According to the statement the bomb attack was carried out for two main reasons. The first reason cited by the group is the prosecutor’s involvement in a para-judicial network that protected business and political interests. The group claims that Mrs. Tsatani saw to is so that Andreas Vgenopoulos avoided a certain conviction by filing away the relevant case-file.

Mrs. Tsatani was also accused by the group of ‘forgetting’ to forward to Parliament the case-file regarding Evangelos Meimarakis’ involvement in bribery scandal during his tenure as Minister of National Defense, in exchange for the appointment of Mrs. Tsatani’s daughter and husband as New Democracy candidates.

The second reason for the attack, the group argues, was the prosecutor’s participating in the ‘judicial campaign’ and ‘unethical blackmail’ against imprisoned members of the group. The statement concludes with the group promising to issue a more detailed manifesto on its ‘Nemesis’ operation.