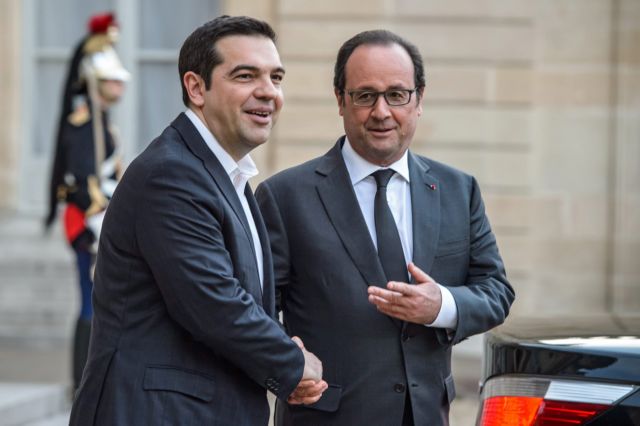 The Prime Minister Alexis Tsipras was received by French President Francois Hollande at the Élysée Palace for about an hour on Wednesday. The meeting took place following the abrupt suspension of negotiations between Greece and its creditors.

Both agreed that an agreement on the Greek bailout program must be reached next week. The French President recognized that the Greek government is fully implementing the bailout agreement and that the economy is improving. The two reportedly spoke face-to-face, without any consultants or advisors.

The Greek PM initially traveled to Paris to ask for the necessary political support to close the agreement and deflect IMF demands. As such, PM Tsipras explained that the deal should have been reached some time ago and that the delays are having a major cost.

At noon on Thursday the Greek PM will meet with the President of European Parliament Martin Schulz in Strasbourg. PM Tsipras will later travel to Brussels, where he is a guest speaker at a business dinner of the Axel Springer institute on the prospects of the Greek economy.