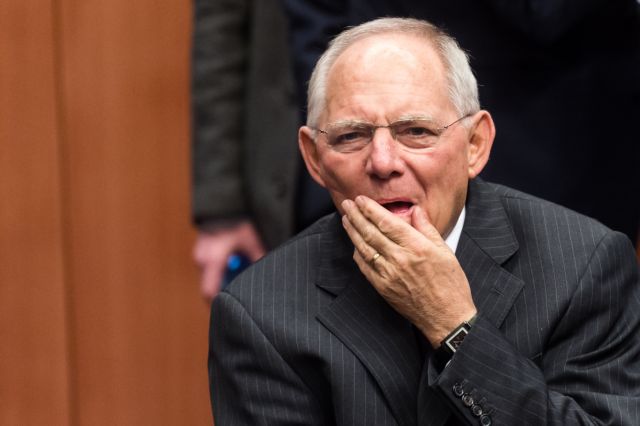 Germany’s Minister of Finances Wolfgang Schäuble asked the Greek government to avoid using the refugee crisis as an excuse to not implement the terms of the latest bailout agreement and argued that the review has not yet concluded as a result of commitments not being implemented.

Mr. Schäuble, who spoke at the European Institute of the London School of Economics, underlined that while the situation in Greece is challenging due to the refugee crisis, he claimed that Greece must focus on the implementation of the bailout agreement.

“A deal is a deal” he stated, adding that “we made a deal in the summer and everyone has to stick with what has been agreed”. As such, the German Finance Minister further explained, the possibility of a ‘Grexit’ is no longer on a the table.

The German Minister acknowledged that Greece is “suffering a terrible lack of solidarity from a lot of European member-states” and stated that European solution must found. He also claimed that Germany is Greece’s only ally in the refugee crisis and that if Germany were to withdraw its support, then Greece would turn into a “failed state” within two days.