Over 12,500 refugees remain stranded at the border in Idomeni

The situation on the border with FYROM in Idomeni is growing worse, as there are now over 12,500 refugees waiting to… 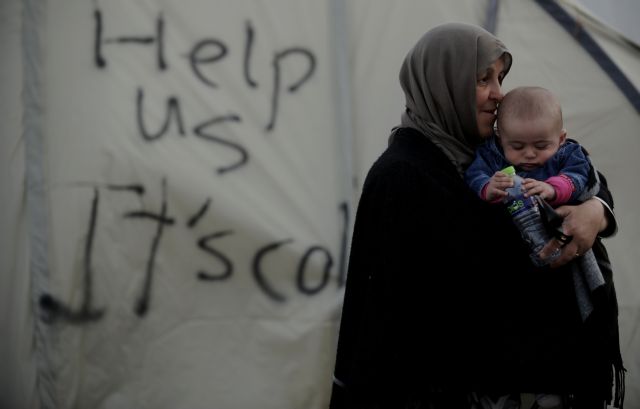 The situation on the border with FYROM in Idomeni is growing worse, as there are now over 12,500 refugees waiting to cross over. Authorities estimate that there are about 31,000 refugees in Greece, with hundreds more arriving every day from Turkish shores.

Aside from the uncertainty and frustration of not being allowed to carry on their journeys, the thousands of refugees have to cope with appalling living conditions, exacerbated by the adverse weather conditions. An estimated 1,600 refugees were forced to spend the night in the cold, as they did not have tents or anywhere else to sleep.

The situation in urban centers, such as Victorias Square in Athens, is equally problematic, with refugees trying to find shelter wherever possible. The Mayor of Athens Giorgos Kaminis pledged to provide additional space for refugees, provided the square is cleared out.

In Piraeus, the port authority (OLP) has provided three passenger terminals to temporarily house about 2,500 people. Two mobile, prefabricated buildings will be set up at the E2 gate of the port, which will provide healthcare services to the refugees under the supervision of the Piraeus Medical Association and volunteer doctors.

The Child’s Smile and Doctors of the World have also set up their own mobile medical units. Volunteers working with charities have underlined that young children are facing the greatest problem, due to the exhaustion and seasonal viral infections.