About 10,000 refugees remain stranded on the border at Idomeni

The situation at the Greece-FYROM border crossing at Idomeni is growing increasingly dramatic, as only 500 refugees have… 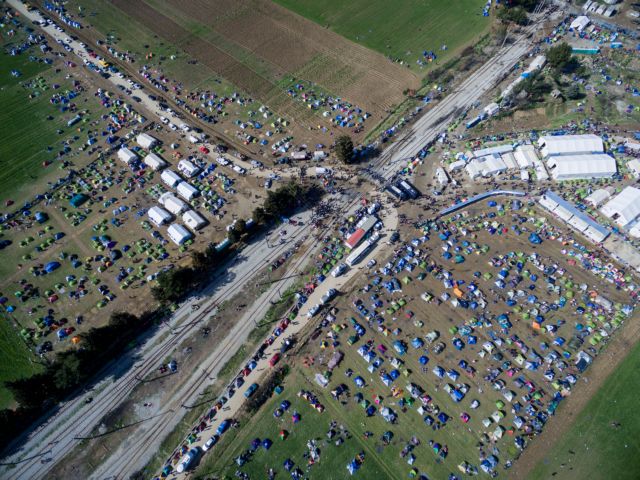 The situation at the Greece-FYROM border crossing at Idomeni is growing increasingly dramatic, as only 500 refugees have been allowed to cross over, while about 10,000 are camped in the surrounding area.

Given that about 1,000 refugees arrive on a daily basis from Turkish shores and FYROM reluctant to reopen its border, the situation is not expected to improve over the next few days.

Communications officer Vasiliki Markolefa for the Doctors Without Borders, who are operating in the area, told in.gr that the adverse weather conditions and hygiene problems may result in the spread of disease.

Meanwhile, the authorities in FYROM have begun taking measures to prevent another attempt of refugees to bring down the metal fence. As such, additional military and police forces have been deployed in the neutral zone between the two countries.