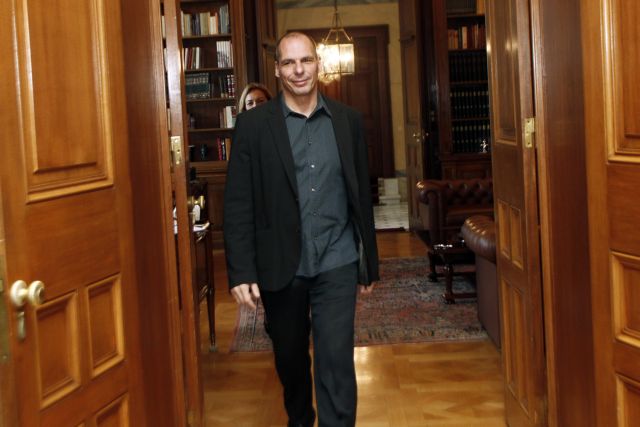 The Prime Minister Alexis Tsipras held a meeting with his cabinet’s top finance officers on Sunday in order to discuss the development of the critical negotiations with Greece’s partners.

According to a non paper that was later issued regarding the meeting, the government will extend its support for Finance Minister Yanis Varoufakis, following a number of disparaging media reports against him.

Furthermore, it was decided to establish a “political negotiation team” under Minister Varoufakis, the coordination of which has been appointed to the Alternate Minister of International Economic Relations Euclid Tsakalotos.

Finally, the General Secretary of Fiscal Policy Nikos Theoharakis has been tasked with developing a growth plan for the Greek economy, which will be based upon the new agreement that will be reached in June.

The “political negotiation team” has arranged to convene under Yanis Varoufakis at 6:30 on Monday afternoon Minister of Finances.

New Democracy commented that Mr. Varoufakis was appointed in his position and as such he represents the government’s policy. As such, New Democracy argues that Mr. Tsipras is “trapped by his choice” and estimates that appointing different advisors to his side he is admitting the defeat of his negotiation efforts.