Varoufakis hints towards the possibility of a Greek default

In an interview to the Huffington Post, the Minister of Finances Yanis Varoufakis claimed “Greece will have no choice by to… 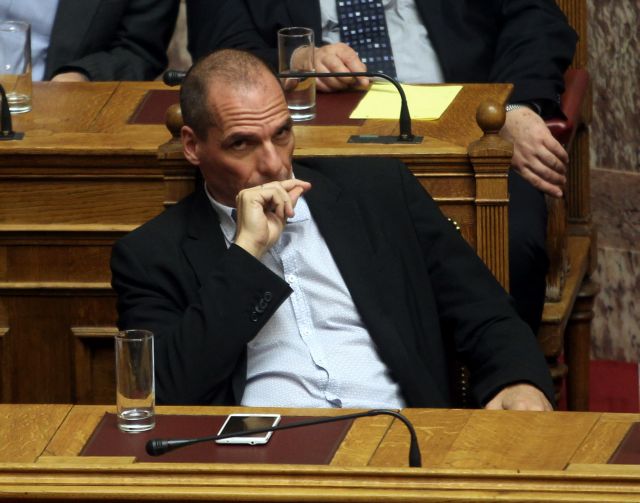 In an interview to the Huffington Post, the Minister of Finances Yanis Varoufakis claimed “Greece will have no choice by to default on its upcoming payments”, should Europe’s “hard-line backers of Austerity not budge”.

When asked whether Greece has any other options, other than a default, over the next few weeks, should the asterity hard-liners «not budge«, Mr. Varoufakis noted that “The fact is that Greece is out of the markets and it has been redeeming its debts for the last few months using its own scarce liquidity”.

“It can’t go on; of it could, then we wouldn’t be a program country, right? So if our partners in the institutions say, ‘No liquidity for you, no disbursements, no new contract,’ then of course this is unsustainable, as it would be with any country that is in a kind of IMF program, a Troika program or ECB program” he continued.

Regarding the possibility of defaulting while remaining within the Eurozone, the Greek Minister told the Huffington Post that “It has already happened […] in 2012, the Greek government defaulted on 100 billion euros of existing debt commitments”. He was quick to add though that a default would not be “the right solution now”.

The Finance Minister concluded by further elaborating that “there’s no upsides to default, it’s like me asking you, ‘Are there any upsides to having an accident’ This would be an accident, it would not be something that we do by choice”.