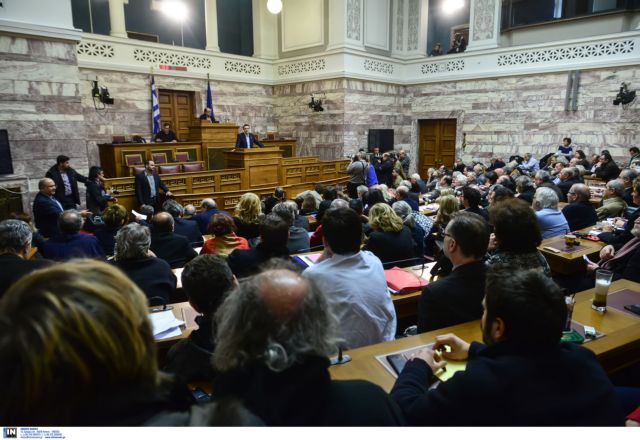 The Parliamentary Group of SYRIZA is convening today under Prime Minister Alexis Tsipras in order to discuss the new loan agreement and list of reform proposals.

Regarding the list of reforms that was approved by Greece’s European partners, Mr. Tsipras noted that his government succeeded in replacing the previous government’s measures with a set of goals that are “close” to his party’s election campaign proclamations.

Furthermore, he urged his ministers to expedite their efforts, in order to specify the reforms that are needed in order to regain the trust of Greece’s creditors. The PM also stressed that they must be prepared to carry out reforms in “thorny subjects that have been enduring for decades”.

Tension ahead of Parliamentary Group session

The session was expected to be rather tense, as a number of prominent members had previously expressed their opposition and frustration to the agreement, such as Minister of Productive Reconstruction, Environment and Energy Panagiotis Lafazanis, who asserted that it was not compatible with the party’s election campaign promises. The member of the party’s political secretariat Rudi Rinaldi commented that the government backed down and “cannot be characterized as successful”.

Similarly, the Alternate Minister of Finances Nantia Valavani is concerned about the need to expedite the implementation of loan installment settlement, while the Foreign Affairs Minister Nikos Kotzias argued that the negotiation should have also extended to geopolitics. MP Kostas Lapavitsas published an article on his glob demanding an immediate conference of the party’s Parliamentary Group as he is “deeply concerned” about the Eurogroup agreement and the reforms that the government is expected to propose to its partners.

Perhaps the most vocal reaction came from MEP Manolis Glezos, who offered an apology to the Greek people for “colluding in the delusion” and expressed his disappointment in the outcome of the negotiations. The government spokesman Gabriel Sakellaridis responded that while the party respects and honors Mr. Glezos, his statement was “misguided and wrong”.

At the same time, a group of about 50 SYRIZA officers have formally requested from the party secretary to call a Central Committee meeting, in order to discuss the Eurogroup agreement before it is tabled in Parliament.