Hardouvelis: “The fiscal consolidation and reforms will continue” 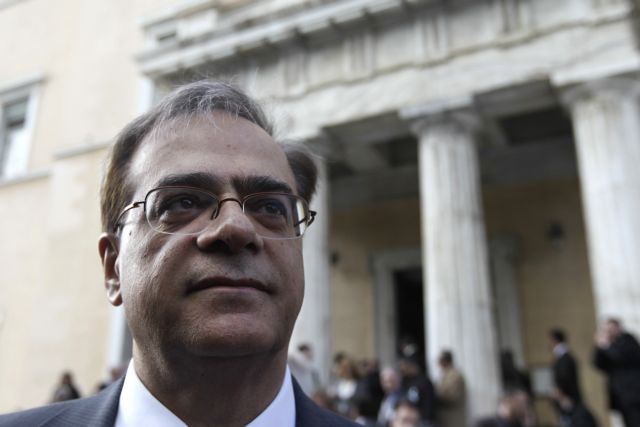 The Minister of Finances Gikas Hardouvelis appeared at the New Year’s celebratory event at the Athens Stock Exchange on Friday, where he stressed the need to implement financial commitments in order to secure the Greek economy’s credibility.

Mr. Hardouvelis avoided commenting on SYRIZA and clarified that the country’s relationship to the euro must not be disputed. This, however, will necessitate that all of the commitments and promises that have been made must be implemented.

Furthermore, the Minister pointed out that the European Central Bank is playing an important role, by providing Greek banks with 45 billion euros worth of funds in order to cover the liquidity gap (the deficit between deposits and loans).

Regarding the budget, Mr. Hardouvelis conceded that there were minor deviations, but was quick to add that the markets will overcome the political uncertainty that has recently been generated in about three weeks. He also predicted that the fiscal consolidation and reforms would continue as planned.