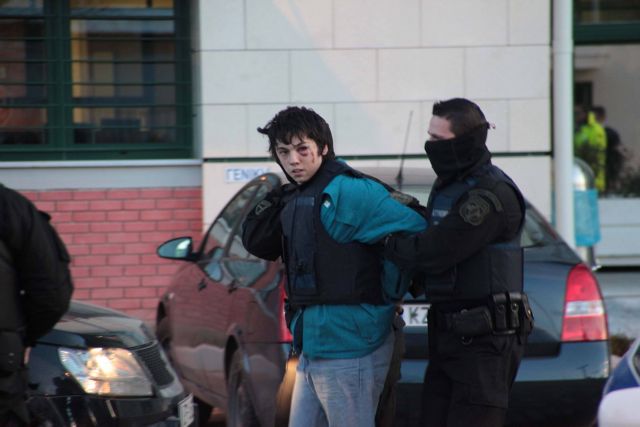 The Minister of Justice Charalambos Athanasiou has proposed that imprisoned hunger strikers Nikos Romanos and Iraklis Kostaris could continue their studies via “distance learning or other similar technical means”.

In his statement, the Minister argues that great interest is vested in the education of prison inmates and claims that he does not have the authority to intervene in the granting of educational leaves. Romanos and Kostaris went on hunger strikes after their applications for educational leave were rejected by prison authorities, despite having succeeded in their entry exams.

Romanos was convicted earlier in the year for his participation in a double armed robbery in Velvento, but was cleared of terrorism charges. After his imprisonment he succeeded in the university entry exams, but has been denied education leave. Kostaris had been convicted for his participation in the “17 November” group and has also gone on strike for not being granted educational leave.

Meanwhile, the health of Nikos Romanos has reportedly taken a turn for the worse, after being been taken to the “Georgios Gennimatas” Hospital, where he is kept under heavy police guard.

On Saturday a group of SYRIZA officers visited the hospital and demanded the immediate intervention of the Ministry of Justice in order to “ensure a given right and to protect the life and health of a young person”.

PASOK’s Human Rights Sector issued a statement arguing that “Nikos Romanos must enjoy all rights provided by the law. Democracy does not seek revenge, even from those who claim to be its sworn enemy”.

The Human Rights and Justice Group of the Democratic Left (DIMAR) similarly noted that “Permission to study during imprisonment is prescribed the law and reflects our legal culture. Justice does not retaliate, it rehabilitates”.

The Minister of Education Andreas Loverdos appeared on Mega Channel over the weekend and supported the demands of Nikos Romanos and Iraklis Kostaris. Mr. Loverdos commented that “if we allow them to sit for exams and ‘enter’ university, we must help them to continue their studies” and stated that he contacted the Minister of Public Order Vasilis Kikilias, regarding the matter.

The parents of Nikos Romanos and Yannis Michailidis – who was also convicted for the double robbery with Romanos – have announced that they will give a press conference on Tuesday, to inform the press on the condition demands and health condition of the hunger strikers.

In their statement the parents question “how many times an anarchist prisoner must be punished simply for being an anarchist” and argue that “when the legal edifice of the bourgeois democracy collapses under its contradictions, then the bodies of hunger strikers embody the regime’s defeat”.