Provopoulos: “Banks must encourage centralism in the economy” 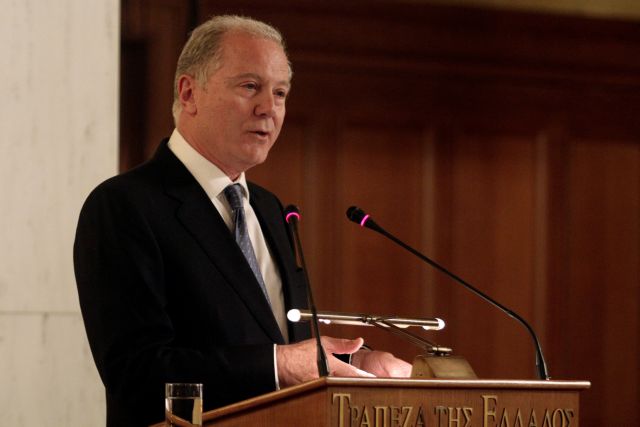 The governor of the Bank of Greece Giorgos Provopoulos gave an interview to the Financial Times where he urged banks to let the weak businesses in Greece collapse and to encourage centralism in the economy, in order to return to growth.

Mr. Provopoulos explained that a powerful business concentration is needed in order to overcome the deep crisis. The centralization will become a point of reference for the rest of the economy. The banker reported that of the 18 banks in 2009, today there are four systemic banks, one small private bank and a few regional, cooperative banks.

According to the central banker, the 12 banks that turned out to be unsustainable were liquidated during the crisis “without harming a single account-holder”.

When asked about the role of the banking system in the efforts to return to growth, Mr. Provopoulos explained that at first the banks will offer limited credit to the more profitable sectors of the economy.

As for the potential need of Greek banks for additional funding, Mr. Provopoulos was confident that the markets would take into consideration BlackRock’s stress tests, which were “extremely favorable”, while citing the predictions of Moody’s and Fitch that were similar to those of the Bank of Greece.