Stournaras insists primary surplus is the key to exiting the crisis 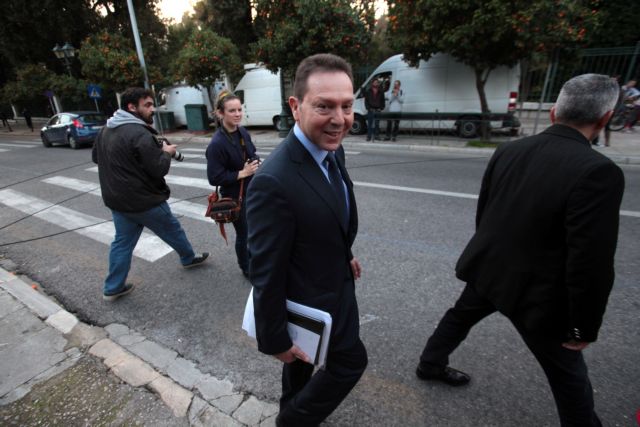 The Minister of Finances Yannis Stournaras plans of relying on the unexpectedly high 2013 primary surplus, which is estimated to be about 1% of the GDP, as well as the improvements in the real economy, in order to strike a deal with the troika by the next Eurogroup session.

Mr. Stournaras presented to them the latest efforts in stabilizing the Greek economy and highlighted the fact that the primary surplus is going to exceed expectations and surpass the 0.4% GDP estimate. The Minister argues that there will be no budget gap in 2014 and as such there is no need for it to be revised.

The Minister of Finances insisted that the Greek economy is starting to turn around and is showing the first signs of recovery, which he attributed to the sacrifices of the Greek people. He noted that the drop of the GDP rate for 2013 may be less than the 4% estimate due to the increase in tourism and high expectations for 2014.

One of the more spectacular accomplishments was increasing tax revenue by 650 million euros. The state managed to collect 249 million of outstanding debt by reminding taxpayers. Additionally the efforts in tackling tax evasion have been increased, leading to 8,500 filed complaint reports for tax evasion, of which 3,605 have been referred to the money laundering authority.