Editorial: Erdogan is not invincible

It is the duty of the Greek state to reveal his schemes and role and to communicate to the international community the threat that Turkey poses to regional security and peace. 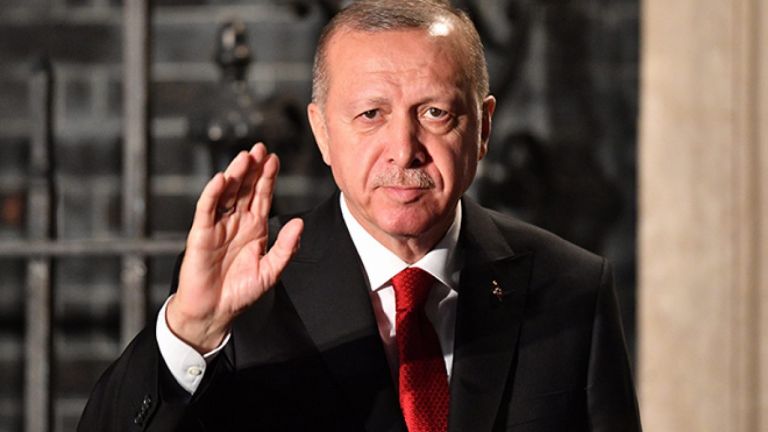 All the evidence points to the fact that Turkish President Recep Tayyip Erdogan is guided by his very own neo-Ottoman dogma of the “Blue [sea] Fatherland.

He is guided by his particular brand of imprudent irredentism and sees himself as the father of a new Turkey that is larger and stronger than the secular state built by Kemal Ataturk.

This explains his brazenness and contemptuous stance toward the international community and all those who stand up to him and demand that he and his country respect international law.

His moves and policies both domestically and abroad reveal a leader similar to those in the darkest historical eras. He has revived the concept of “vital living space”, what Hitler called lebensraum to describe his expansionism and exploited to plunge humanity into absolute disaster.

Turkey every so often disputes the Treaty of Lausanne and the status the status of Western Thrace where Greece’s Muslim minority is centred and enjoys the rights and privileges of all Greek citizens.

It demands the demilitarisation of the Greek Aegean islands so as to transform them into a “neutral zone”. He intimates that sovereignty over the tiny Greek island of Kastelorizo is disputable and lays claim to large deposits of hydrocarbons in the broader region.

All this confirms Erdogan’s imprudent and irrational outlook.

As time goes by more and more countries have become convinced that Erdogan plans to change the map of the region, to turn Southeastern Mediterranean countries into Turkish satellite states, and to make Turkey the predominant power in the Middle East and North Africa.

He arrogantly views Turkey’s neighbours as “crippled” and he vehemently attacks Greece as the only Western country in the region that can stand up to him.

It has become perfectly clear that Erdogan’s ambitions cannot be tolerated.

It is the duty of the Greek state to reveal his schemes and role and to communicate to the international community the threat that Turkey poses to regional security and peace.

Turkey is essentially exploiting the current geopolitical asymmetry, the absence of the US, and the EU’s indecisiveness.

The prevailing sense is that he will not be thwarted in pursuing his designs. Even if he temporarily wishes to placate the international community in order to avoid EU sanctions and declares his readiness for a dialogue with Greece, in the medium-term he will push his objectives more forcefully.

Yet Erdogan is not invincible because he is on the wrong side of international law and as a result he becomes provocative and offensive.

Many countries have already lined up against him. The recent meeting of the MED-7 countries hosted by France in Corsica revealed these countries’ forces and capabilities.

Turkey itself is hardly as Erdogan would like to present it to the outside world. Many consider the power of the Turkish armed forces to be overestimated and they face a host of challenges at home and abroad.

Turkish forces are now in Syria, are fighting the Kurds at the border with Iraq, and are conducting operations in Libya even as the powerful gendarmerie is controlling the domestic population.

Their performance on various fronts where they are up against clearly weaker opponents is nothing to boast about.

The Turkish president also must not forget that his country is largely federalised and is reminiscent of the unified Yugoslavia and its misfortunes.

Greece demands nothing from Turkey except compliance with international law but it cannot remain passive in the face of outlandish Turkish provocations and claims.

The Greek people will not allow Turkey to get its way. It will do whatever possible and necessary to secure our country’s territorial integrity.