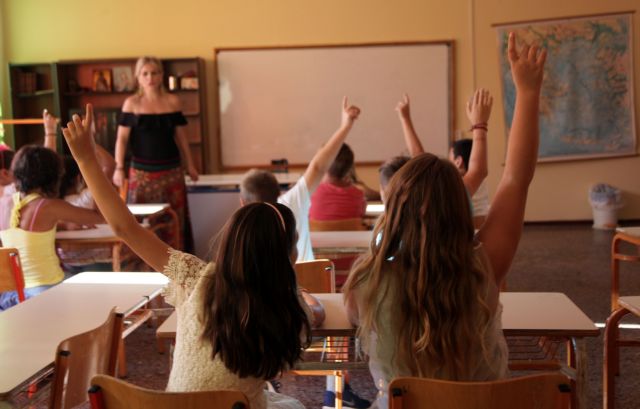 Furthermore the Sykies association argues that despite the economic adversities, Greek society rose to the moment and gave the entire world a lesson in solidarity and humanity. The statement continues that it is “shameful” that some are trying to mar this impression “out of ignorance or racist motives”.

According to the statement, the school in Sykies will accept the refugee children that are ‘not welcome’ by the school in Oreokastro, with the parents and guardians noting that “we will embrace the children of the refugees as if they were our own. They are our children”.

The president of the Sykies association Vana Papachristodoulou told the Athens-Macedonia News Agency that they felt compelled to respond to the events in Oreokastro, since the reasons cited by parents in that area are “baseless”. Mrs. Papachristodoulou explained that two children from Syria are already attending classes in Sykies without any problems.