The refugee hot spot on Chios continues to divide the local community, with riot police… 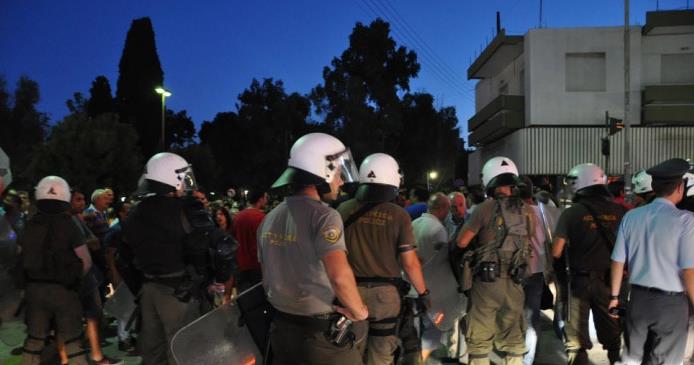 The refugee hot spot on Chios continues to divide the local community, with riot police having to intervene after a demonstration of ‘indignant’ local residents against the refugees turned violent on Wednesday afternoon.

According to the politischios.gr website, the demonstration started off peacefully, but quickly turned violent as it approached refugee camps, where about 1,800 have found shelter. The police had not been informed of the protesters’ intention to demonstrate near the refugee camps and attempted to block them.

The demonstrators then began clashing with the riot police units and attacked journalists, as they attempted to approach the refugee camps. Many reporters had to hide away in nearby shops.

A group of refugees responded by throwing rocks, as the demonstrators aggressively approached the camps, where they yelled abuse against refugees and the Greek national anthem. The riot police units responded with tear gas.

The group of ‘indignant’ residents has announced another demonstration on Friday.