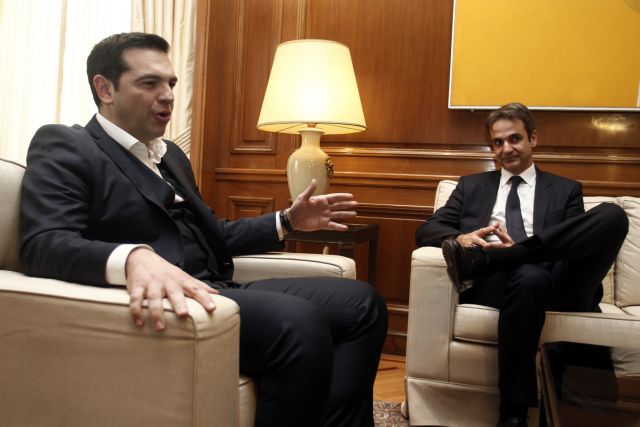 The Prime Minister Alexis Tsipras and leader of the main opposition Kyriakos Mitsotakis have both authored articles that were published in the magazine of the Athens-Macedonia New Agency, ahead of the 81st International Fair in Thessaloniki.

In his article, the Prime Minister underlined the importance of the TIF in being a meeting point for new ideas, innovation and healthy entrepreneurship, while underlining the fair’s political significance.

PM Tsipras argues that Greece’s recovery will come through a fair and sustainable growth and extended a call to all political forces that want to contribute in the creative debate for the future of the country and its people.

Similarly the New Democracy leader noted that the TIF has built bridges with the Balkans, Europe and the Middle East. The fair, Mr. Mitsotakis explains, reflects Greek entrepreneurship which invests with competitiveness and creativity, extroversion and opens up to new markets.

The New Democracy leader also stressed that the annual fair gives the government and opposition the opportunity to submit their ideas on the country’s position and future, which are left to the judgment of the Greek people.