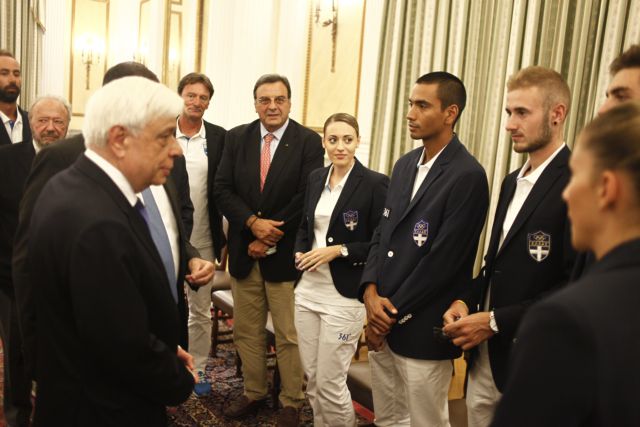 The President of the Hellenic Republic Prokopis Pavlopoulos received Olympic gold and bronze medalist Anna Korakaki, along with windsurfer Byron Kokkalanis, triple jumper Voula Papachristou and the rowing team of Spyros Yannaros, Stefanos Douskos and Yannis Petrou, who were unable to attend an earlier meeting in August.

Korakaki, who was unable to attend an earlier meeting between the President and Olympic athletes, was accompanied by her father and coach Tasos Korakakis. Also present at the meetng were the president of the Hellenic Olympic Committee Spyros Kapralos and the leader of the Greek mission to the Games Isidoros Kouvelos.

During the meeting, President Pavlopoulos underlined how the athletes represent excellence and that the entire country is proud of their accomplishments.