Police clash with refugees in the makeshift camp in Idomeni 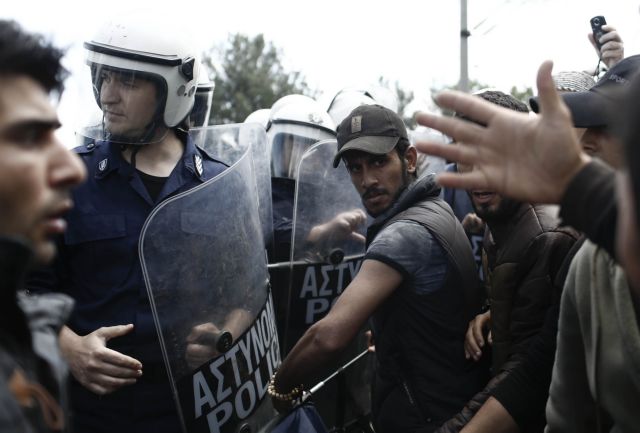 The Associated Press has reported that the police and refugees clashed in the makeshift camp in the northern Greek town of Idomeni.

According to the report, the police had to resort to flash bangs and tear gas to disperse a group of about 200 refugees, who were attempting to use a train wagon as a barricade. No injuries were reported.

The clashes broke out during a police operation to clear out the railway line which has repeatedly been occupied by migrants and refugees for the past two months, after FYROM decided to shut down its borders with Greece.