Government blames the IMF and Schäuble over negotiations impasse

The negotiations between Greece and its creditors reached an impasse on Tuesday over the contingency measures, with the… 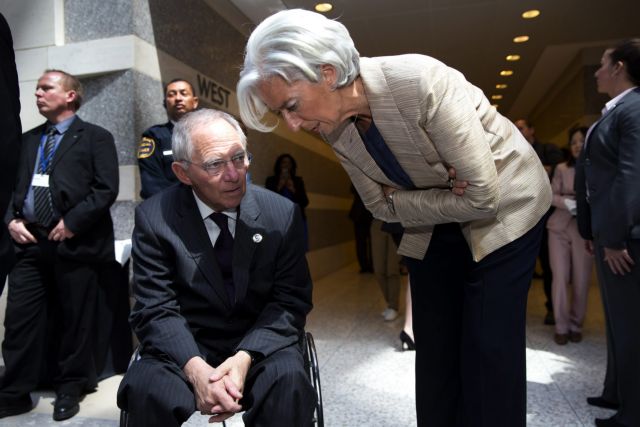 The negotiations between Greece and its creditors reached an impasse on Tuesday over the contingency measures, with the government pointing the blame to the IMF and Germany’s Finance Minister Wolfgang Schäuble.

According to government sources, the Greek proposal for setting up a ‘balancing mechanism’ rather than enacting contingency measures is reliable and reflects the Greek government’s certainty in achieving its fiscal targets.

The sources underlined that for the past three months the IMF has adopted a tactic of constant delays, as confirmed in the recent WikiLeaks revelations. The same sources added that the German Minister insists upon the Fund’s participation in the program for domestic political ends.

Regarding the Greek proposal, government sources argued that the IMF’s refusal reveals that the Fund is no interested in Greece achieving its fiscal targets, but rather to force a new bailout program with additional measures, vastly different to what was agreed in July 2015. The sources suggested that the other institutions agreed with Greece.