Vitsas: “The port of Piraeus will be cleared out by Easter” 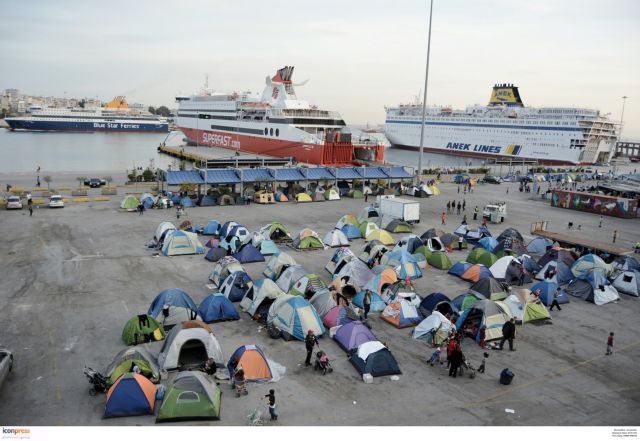 The Alternate Minister of National Defense Dimitris Vitsas has announced that the port of Piraeus will be cleared out of migrants and refugees by Easter.

On Monday morning Mr. Vitsas told Mega Channel that 1,400 to 1,500 migrants and refugees were transferred from the port to the camp at Eleonas over the weekend. He added that efforts are being made to convince more to leave the port.

At present there are 2,600 vacant spots at the camps, with a further 10,000 expected to be available by Sunday. Mr. Vitsas added that similar efforts will be made to clear out the makeshift camp in Idomeni, where violent clashes are regularly breaking out among the migrants and refugees.

Mr. Vitsas also confirmed reports regarding the first returns to Turkey and noted that the goal is for the flow of refugees to drop, in order for the critical EU-Turkey agreement to have the desired effect. He also noted that number of arrivals was in decline and that there was an increase in asylum applications.

Meanwhile, the spokesperson for the coordinating body on the refugee crisis Giorgos Kyritsis appeared on SKAI and stressed that the conditions at the hospitality centers will prevent further violent outbreaks, in response to recent statements he made for the Observer.

Mr. Kyritsis also explained that the situation is improving on a daily basis and that more and more migrants and refugees are being convinced to leave the makeshift camps at Idomeni and Piraeus. He also noted that a new refugee center at Skaramangas, with a capacity of 3,000, is expected to be ready by the end of the week.