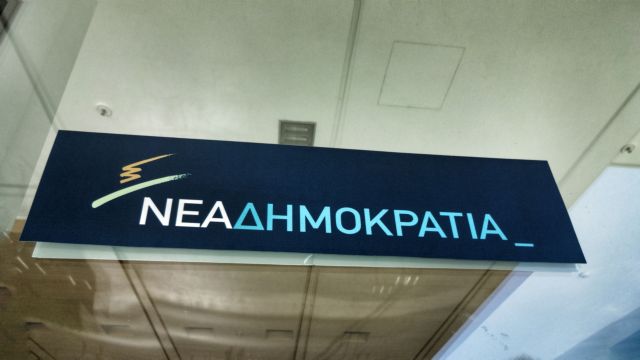 The postponement of New Democracy’s elections for a new leader has triggered an all-out war between the four candidates – Evangelos Meimarakis, Apostolos Tzitzikostas, Kyriakos Mitsotakis and Adonis Georgiadis.

On Monday the party’s provisional leader, Mr. Meimarakis, announced that he would resign from his positions, provided that the other candidates followed. Although Mr. Mitsotakis and Mr. Georgiadis stepped down from their positions as parliamentary spokespersons, Mr. Tzitzikostas refused to give his position as Regional Governor of Central Macedonia.

In an interview on Mega Channel Mr. Tzitzikostas that unlike in the case of the other candidates, he has been elected in his position and as such he would step down if the other three candidates were to give up their seats in Parliament. He also claimed that the ‘threat’ of Mr. Meimarakis resigning was a pretext and that postponing the election was his real goal.

Mr. Meimarakis appeared on Star Channel on Monday evening and called his predecessor and former PM Antonis Samaras to publicly take a position on the latest developments. The provisional leader stressed that “if Mr. Samaras gives me his trust again, then I will not resign. If [he] does not take a public stance then I will resign”.

In his interview Mr. Meimarakis noted that he has been ‘surprised’ by media reports and that he has been troubled by statements of the other candidates and Mr. Voridis over the election fiasco. The provisional party leader repeated his claims that the postponement was over technical reasons and revealed that he will press charges against the company that was tasked with handling the election process.

Although the four candidates may wish to carry out the party elections as soon as possible, the final decision will rest with the company that will be hired to carry out the election process. The likeliest date, at present, for the elections is the 13th of December, however a lot will depend on the decisions of the central election committee, which will attempt to make plans.

The new company to handle the elections will decided a new meeting at the party offices at 6pm, while New Democracy’s Parliamentary Group convenes at 7pm behind closed doors.