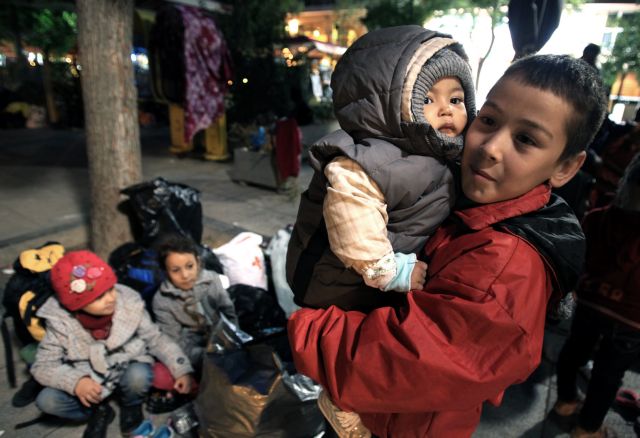 “I feel ashamed by Europe’s inability to deal effectively with this human drama” argued Prime Minister Alexis Tsipras in Parliament on Friday, highlighting the need to provide solutions immediately.

As such, the Prime Minister has arranged to meet with the mayors and metropolitan bishops of Mytilene, Leros, Chios Kos and Samos in order to discuss the problems at hand and seek out compensatory actions, which will be financed with 500 million euros from European community funds.

The main problem that needs to be addressed is the lack of structures, with the Prime Minister believing that if the planned hotspots (where identification and relocation procedures will take place) are set up promptly and function properly, then Greece’s geopolitical role and position as a whole will be improved.

Unlike many central European countries, Greece intends to adopt a positive stance in addressing the refugee crisis, in an effort to improve talks between the EU and Turkey. Ultimately the PM’s goal is to improve relations with German Chancellor Angela Merkel, who has been under fire for her management of the refugee crisis. By improving relations with Mrs. Merkel, the Greek government estimates that the efforts to bring back the prospect of a Grexit on the table will fail.

The President of European Parliament Martin Schulz is scheduled to visit Greece on Wednesday and Thursday. Mr. Schulz will be accompanied by the Prime Minister to Mytilene to witness the problems in documenting and accommodated the arriving refugees.