Budget Office in Parliament warns of a deeper recession 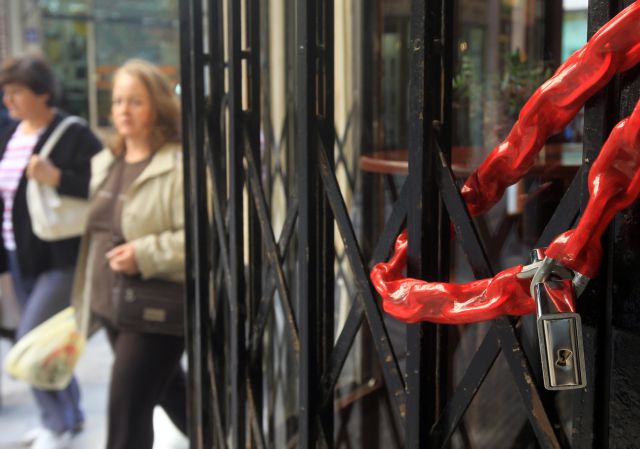 The Budget Office in Parliament has highlighted the realistic possibility of Greece entering a deeper recession or long-term stagnation, in its latest quarterly report (July to September). According to report, the moderate progress that was documented in 2014 and the first half of 2015 has been reversed.

In the report it is argued that the crisis has persisted due to its longevity and the intensity of the austerity measures (cuts in wages, pensions and expenses, as well as tax hikes and abolition of benefits), along with the false assumption that simply ending austerity or abolishing the bailout agreements is enough to prompt an economic recovery.

All available data indicates the return to a recession in the third quarter of 2015, with the State budget draft of 2016 suggesting a 2.3% rate of recession in 2015 and 1.3% in 2016. This translates to a reduction of the national income from 179 billion euros in 2014 to 173 billion euros. The report shows that unemployment is back on the rise, while industrial production and exports have suffered.

However, by greater use of NSRF funds and making efforts to overcome the uncertainty regarding financial policy (such as addressing reforms and privatizations) will work towards halting the crisis. It is also necessary to adhere to the bailout agreement. With the government however finding difficulties in implementing various aspects of the agreement (such as seeking out alternative measures), the uncertainty persists.

The new bailout program is complicated and ambitious, claims the Budget Office and urges the government to word towards its implementation. The report points out though that consistent taxpayers are being exhausted and new taxes are likely to encourage tax evasion. The recent changes in VAT on the islands, for example, will have a small beneficial effect.

As such, the constant tax hikes turn out to be inefficient, as they fuel the recession and avert investments. Any efforts to increase tax revenue should, as such, focus on combating tax evasion and avoidance, by creating a more efficient tax collection mechanism and addressing the corruption.