Dombrovskis visit to Athens ‘reigns in’ the Greek government

Following the recent visit of French President Francois Holland, the Greek government is once again faced with the reality of the… 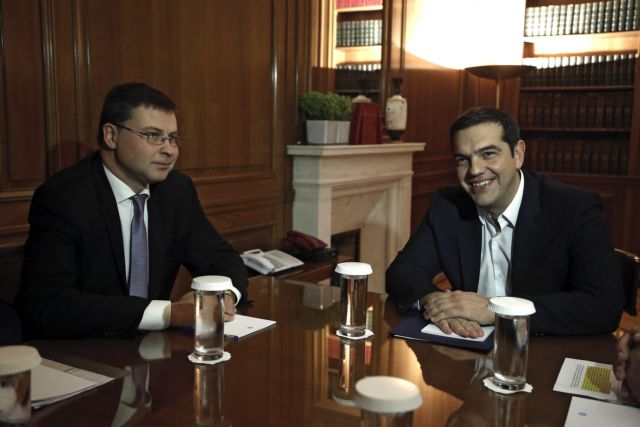 Following the recent visit of French President Francois Hollande, the Greek government is once again faced with the reality of the bailout agreement and the slew of technical and political demands that stem from it. This is illustrated by the statements of the European Commission VP Valdis Dombrovskis, who urged the Greek government to expedite its actions as there is no time to lose.

With major issues such as the ‘red loans’ and VAT in education still unresolved, Mr. Dombrovskis argued that the solution implemented on other countries with similar problems was to support households with the greatest needs. This suggests that the Greek proposals on non-performing loans so far have not quite satisfied the country’s creditors.

In the case of VAT in education, the Latvian official noted that Greece has the option of proposing alternative measures with an equivalent fiscal result, should it face problems with any specific measures. In essence this means that the proposal for a varied VAT in education has been rejected by the creditors, with the government now having to either accept a 23% rate or find another alternative.

The Greek government is under major pressure in order to complete the critical review of the bailout program within November, so that the bank recapitalization may then follow and conclude by the end of the year. Otherwise, Greek bank deposits may face a haircut due the implementation of new legislation comes into effect in 2016.