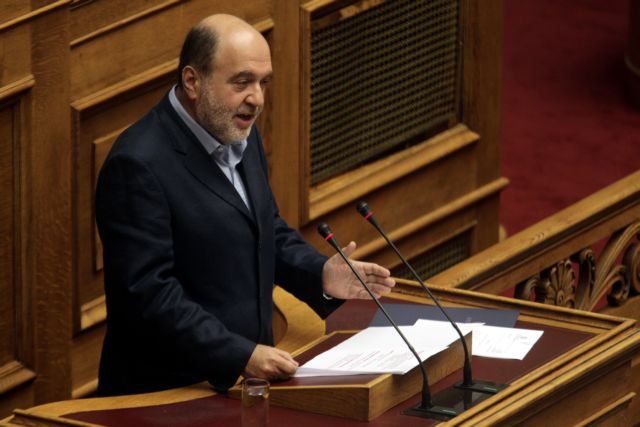 The Alternate Minister of Finances Tryfon Alexiadis announced that the “German model” will be adopted for carrying out “raids” on the offices of transnational companies and to complete the investigations of the Lagarde List within 2016. Mr. Alexiadis stated that banks, media and government suppliers will be targeted.

In his speech in Parliament for the debate on the government’s policy statements, Mr. Alexiadis stressed the government’s intention to crack down on tax evasion and vested interests. The Alternate Minister prioritized the inspection of businesses related to politics and the media, noting that they will be complete within five months.

According to the Alternate Minister, the government will use the most effective methods to carry out its inspections and cited the success of tax raids in Germany that were carried at dawn. Mr. Alexiadis stressed that these inspections would not only target SMEs, but also major firms with vested interests.

Mr. Alexiadis also announced that an extension will be introduced so that major tax evasion cases are not written off at the end of the year. One such case is the infamous Lagarde List of suspected tax evaders, which will technically lapse at the end of 2015. Mr. Alexiadis stated that 481 cases are currently being investigated, while 136 of the 2,062 total cases have concluded.

Additionally, the Deputy Minister announced legislative plans for the voluntary disclosure of undeclared funding in domestic or overseas accounts. This will be a ‘last chance’ opportunity before the wealth register comes into effect. Mr. Alexiadis also noted that as of 2016 all transactions with tax offices will be carried out electronically to reduce costs and queues.